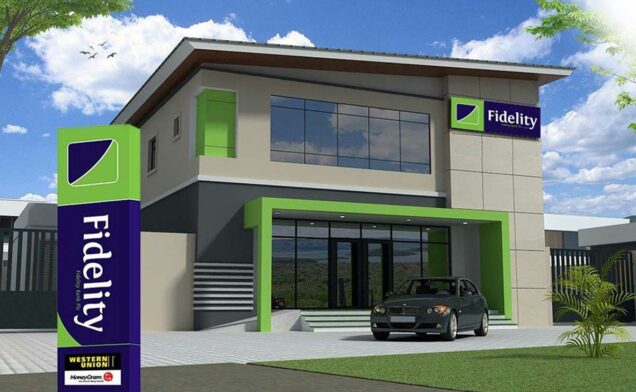 The trial of four staff of Fidelity Bank, for an alleged N874 million fraud before Justice Oluwatoyin Taiwo of a Special Offences Court sitting in Ikeja, Lagos continued on Thursday with the Economic and Financial Crimes Commission, EFCC presenting its third witness.

It also tendered more exhibit against the defendants, including a DVD of the bank’s CCTV footage.

The defendants are: Olusegun Babasola, Abisola Ahmed, Uchechukwu Uma, Jude Aphaeus, and a non-staff of the bank, Omidiji Joseph,

The defendants are being prosecuted by the EFCC on two counts for their various roles in the alleged hacking of the bank’s database and cloning of more than 22 ATM cards used to steal and divert to personal use about N874 million belonging to five of the bank’s corporate customers – American International Insurance Company Limited (AIICO), Interswitch, OVH Energy Marketing Ltd, Fidelity Bank sinking fund account and FSL Securities Ltd.

They had pleaded “not guilty” to the charges, prompting their full-blown trial.

At today’s proceeding, the third prosecution witness, Chimdinma Peter, an operative of the EFCC narrated to the Court the findings of the EFCC’s investigation into the alleged fraud.

Led in evidence by the prosecuting counsel, Nnaemeka Omewa, the witness told the Court that the EFCC received a petition from Fidelity Bank on the alleged fraud and immediately swung into action.

He said: “Upon receipt, we commenced investigation into the alleged fraud, which we found out was perpetrated using the Postillion App.

“We accessed the banking app domiciled in the server to ascertain the IP address used. It pointed to a System domiciled at the Virtual Unit of the bank domiciled in Lagos.

“The System was identified and we found out it was used to de-link already existing ATM cards, and link them to some other accounts.”

According to him, investigation revealed that the ATM cards were linked to the five “victimised accounts” from which N874 million was withdrawn at different times.

He said: “The System used was identified and we observed that for it to be accessed, login details must be used.

“We found out that the profile used belonged to the third and fourth defendants.

“We reviewed the activities of the Virtual Unit and found out that three members of staff of the Unit also viewed the affected accounts prior to the withdrawals when they had no reason to do so.

Testifying further, he noted that when the accounts were linked to the ATM cards, money was withdrawn in cash and also transferred to other bank accounts including one King Dommy Enterprise.

“From this, N50 million was transferred to the account of the fifth defendant, Omidiji Joseph Olanrewaju on 15th July, which was thereafter disbursed to different accounts including Findrex Aviation business school and Waltham BDC.”

The third and fourth defendants, he said, claimed ignorance of the use of their profile login details to access the Postillion App during the period the alleged fraud was perpetrated.

“The Application was used to increase the daily withdrawal limit from N150,000 to N100 million,” he added.