I was not Laporta's coach: Koeman breaks silence 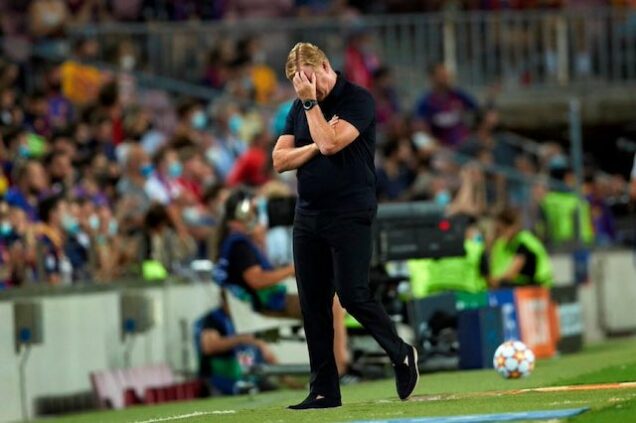 Ronald Koeman, the former coach of Barçelona, has told Dutch media Algemeen Dagblad that he is not happy with President Laporta because he was not backed by the board during his tenure at Camp Nou.

Koeman lasted just 15 months before being shown the door at Camp Nou.

In his brief time as the Blaugrana head coach, he won one title and got to the final of another.

Koeman joined the Catalans in August 2020 but the 2021/22 season was worse than he could imagine even with the emergence of a new president – Laporta.

Messi was sold and Koeman was forced into playing a handful of youngsters.

Barcelona won just four of their first ten games in the league and had a disastrous exit from the Champions League.

Speaking four months after his exit, Koeman said: “They didn’t give me the same time as Xavi, It’s still painful for me.”

“Every coach needs time and patience from the board.

“Laporta told me one thousand times that Xavi was not his manager, as he lacked experience.

“You won’t see me at the Camp Nou for a while, I can’t do that yet. With this president, I cannot pretend that nothing happened.

“I was not Laporta’s coach. I had that feeling from the first moment, after the elections, there was no click. That necessary support from above was lacking.”

“The important thing was not money for me. I really wanted to succeed as a coach at Barcelona, ​​to do everything I could, but I realized that Laporta wanted to get rid of me because I wasn’t appointed by him.

“I was working with many injured. Now Pedri is back in shape, and Ousmane Dembélé… You can see everything.

“I would have liked signings too. But I’m happy for the club since now things are going better and for the players. It’s nice to see Frenkie de Jong play good old-fashioned football, he has such quality.

“It was at the insistence of the club management that I agreed to the departure of some players to put the finances in order. But then when you see that they attract someone for 55 million euros shortly after letting Messi go.

“Then you wonder if there wasn’t something else going on. Why did Messi have to leave?“