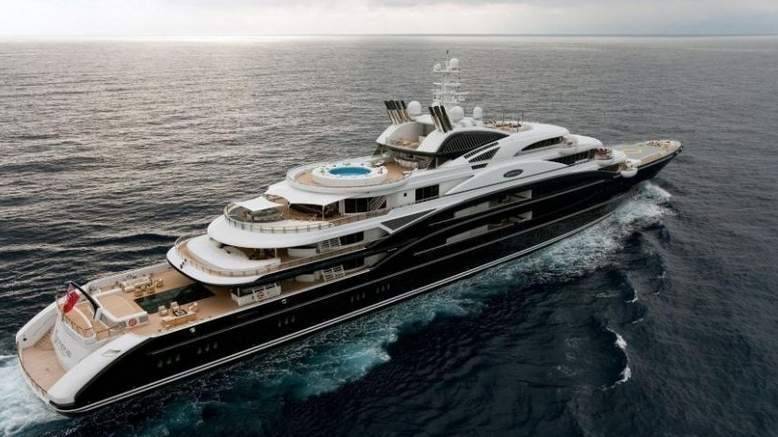 Ship tracking data has shown that at least five superyachts owned by Russian billionaires were anchored or cruising on Wednesday in the Maldives, an Indian Ocean island nation that does not have an extradition treaty with the United States.

The vessels’ arrival in the archipelago off the coast of Sri Lanka follows the imposition of severe Western sanctions on Russia in reprisal for its Feb. 24 invasion of Ukraine.

Usmanov was on a list of billionaires to face sanctions from the European Union on Monday.

A Forbes report based on three sources in the yacht industry said his 512-foot yacht Dilbar, valued at $600 million, was seized by German authorities.

Earlier, the Clio superyacht, owned by Oleg Deripaska, the founder of aluminium giant Rusal, who was sanctioned by the United States in 2018, was anchored off the capital Male on Wednesday, according to shipping database MarineTraffic.

The Titan, owned by Alexander Abramov, a co-founder of steel producer Evraz, arrived on Feb. 28.

Three further yachts owned by Russian billionaires were seen cruising in Maldives waters on Wednesday, the data showed. They include the 88-metre (288 ft) Nirvana owned by Russia’s richest man, Vladimir Potanin. Most vessels were last seen anchored in Middle Eastern ports earlier in the year.

A spokesperson for Maldives’ government did not respond to a request for comment.

The United States has said it will take strict action to seize the property of sanctioned Russians.

“This coming week, we will launch a multilateral Transatlantic task force to identify, hunt down, and freeze the assets of sanctioned Russian companies and oligarchs – their yachts, their mansions, and any other ill-gotten gains that we can find and freeze under the law,” the White House said in a tweet on Sunday.

Washington imposed sanctions on Deripaska and other influential Russians in 2018 because of their ties to President Vladimir Putin after alleged Russian interference in the 2016 U.S. election, which Moscow denies.