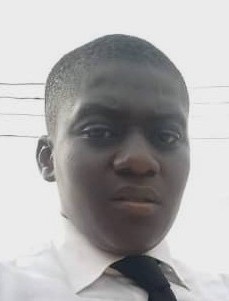 Justice Agatha A. Okeke of the Federal High Court, Uyo on Thursday, March 3, 2022, convicted and sentenced one Idongesit Samuel Eyibio to two years imprisonment without the option of a fine.

Eyibio was charged to court by the Economic and Financial Crimes Commission, EFCC, on February 6, 2020, for misleading the Commission by concealing vital information through a petition on a matter which a competent court had decided.

The offence contravenes the provisions of Section 39(2)(a) of the EFCC Establishment Act 2004 and punishable under Section 39(2)(b) of the same Act.

Delivering judgment on Thursday, March 3, 2022, Justice Okeke said the prosecution had proven its case against the defendant beyond reasonable doubt, convicted and sentenced him accordingly.

Eyibio’s Journey to prison started in 2019 when he wrote a petition with a fictitious name, alleging a lottery fraud against one Aniete Ekan of Papi Events & Promotion Limited and Akwa Ibom States Government, without disclosing that there was an existing judgment against him, over the same matter.

Though Eyibio concealed the fact of the existing judgment, the Commission examined his allegation and informed him that the matter was civil in nature and unworthy of a criminal investigation.

Unsatisfied with the response, the convict went on Brekete Family Radio, Abuja to castigate the EFCC for what he called the refusal of the Commission to investigate his petition.

The charge on which he was convicted reads: “That you Idonsgesit Samuel Eyibio on or about the 24th day of July 2019 at Uyo within the jurisdiction of the Honourable Court, did make a statement to officers of the Economic and Financial Crimes Commission via a written petition addressed to the office of the said Commission which to your knowledge was intended to mislead the officers of the Commission in investigating the petition and thereby committed an offense contrary to Section 39(2)(a) of the Economic and Financial Crimes Commission Establishment Act 2004 and punishable under Section 39(2)(b) of the same Act”.