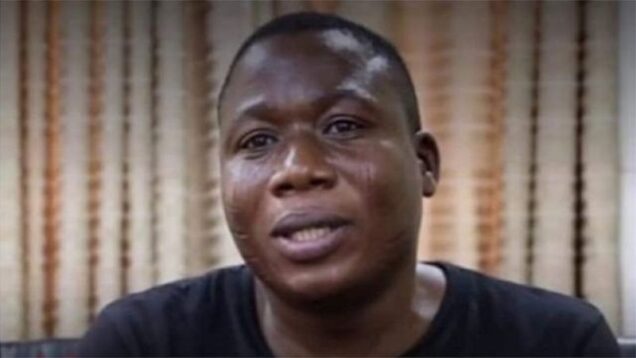 According to a report by The Nation, negotiation for his release to get medical attention reached an advanced stage yesterday morning.

The newspaper said, barring unforeseen factors, Igboho would be left off the hook latest today.

Igboho and his wife, Ropo, were arrested on Monday, July 19, 2021, by the International Criminal Police Organisation at the Cadjèhoun Airport in Cotonou, the Republic of Benin on their way to Germany.

He was trying to avoid being arrested by officials of the Nigerian Department of State Services, which had declared him wanted.

This was after a raid of his house in Ibadan, during which two persons were killed, his cars and house vandalised.

While the wife was later released, Igboho was further detained for breaching the country’s immigration laws.

Ibrahim Salami, a law professor, said Igboho was further remanded to allow the police conduct a thorough investigation into the charge, of illegal migration, dubious connivance with immigration officers and an attempt to cause civil unrest.

Salami also explained that the previous allegations that warranted placing Igboho on a watch-list had successfully been tackled during the hearing.