Buhari's golden words for Obasanjo at 85: A must read 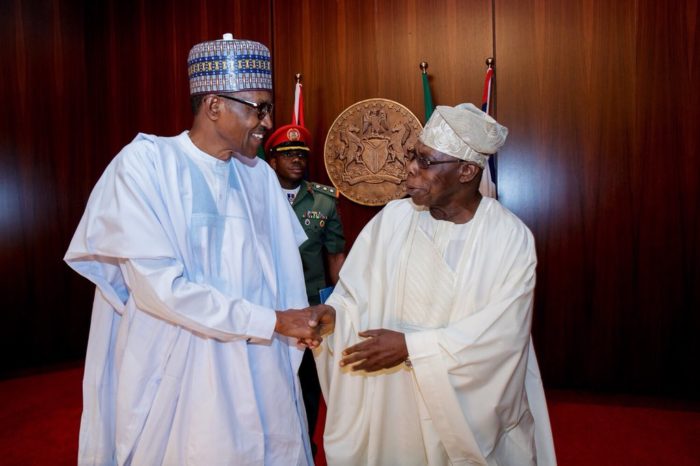 Many people are still thinking that President Muhammadu Buhari and former President Olusegun Obasanjo are sworn enemies, but what Buhari said of his former boss when he turns 85 years will change your narration.

On Saturday, Buhari pens golden words for Obasanjo to celebrate him despite his numerous attack of him previously.

The president felicitated with Obasanjo on his 85th birthday, joining family, friends and associates in celebrating the joyous occasion.

Buhari, in a statement, by his spokesman, Femi Adesina, said he believed the former Head of State, 1976-1979 and former President of Nigeria, 1999-2007, is a study in patriotism, leadership and courage, leading the country to democratic government in 1979, and taking over the reins of power as elected President in 1999.

The President affirmed that the former President’s influence continued to resonate beyond the country, extending to the international community and multilateral institutions.

As a former military and civilian leader, with a strong network nationally and internationally, President Buhari extolled the wisdom, insight and versatility that Chief Obasanjo brought to bear on things, reflecting his experience, diligence and versatility.

“On his 85th birthday, the President joins family members in thanking God for the life, health and alertness of the former leader, praying for grace and more strength as he serves country, Africa and the world,” the statement said.