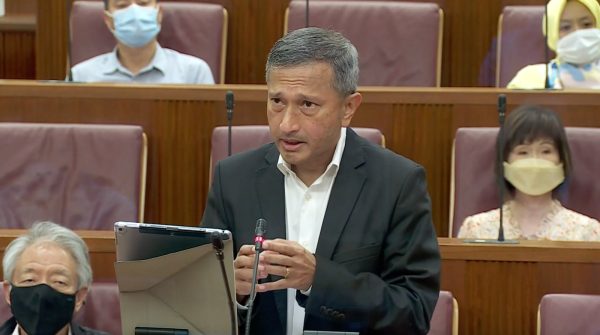 Singapore joined list of countries that have imposed ban on Russia over the invasion of Ukraine on Saturday with restrictions placed on operations of four banks and an export ban on electronics, computers and military items.

This is a rare move by the Asian financial hub in response to what it said was Moscow’s “dangerous precedent” in Ukraine.

The tiny city-state, an international shipping hub, rarely imposes sanctions of its own but said it would not allow the export of items that could inflict harm on or subjugate Ukrainians, or help Russia launch cyber attacks.

“We cannot accept the Russian government’s violation of the sovereignty and territorial integrity of another sovereign state,” its foreign ministry said in a statement, which gave no timeframe for when the sanctions would take effect.

“For a small state like Singapore, this is not a theoretical principle, but a dangerous precedent. This is why Singapore has strongly condemned Russia’s unprovoked attack.”

Singapore’s stand against Russia’s invasion is the strongest so far by a Southeast Asia country.

A statement on Thursday by the Association of Southeast Asian Nations (ASEAN), of which Singapore is a member, called for a ceasefire in the Ukraine crisis but made no mention of Russia’s involvement.

Asked by Reuters about its exposure to Russia, Singapore’s sovereign wealth fund GIC reiterated the new measures, which it said would also apply to the government’s funds managed by GIC.

“GIC continues to assess the Russian-Ukrainian situation and will ensure compliance,” it said in an emailed response.