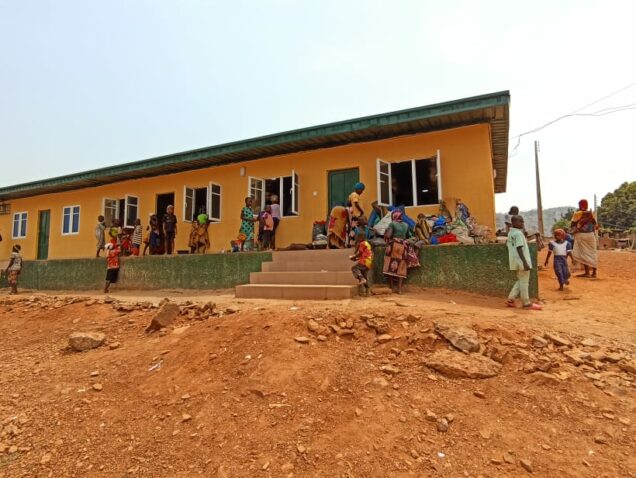 The National Union of Electricity Employee, NUEE has raised alarm over invasion of some facilities at the Shiroro Hydro-Electric Power Station by people displaced from more than 30 communities of Niger State as a result of attacks by bandits.

The displaced villagers are taking refuge in the facility located in Shiroro Local Government Area of the state, according to the Northern Zonal Organising Secretary of NUEE, Mr Eyurentosanren Godwin.

A visit by NAN correspondent to the area showed that the facilities, where the IDPs are occupying, are located within the area of operations of the Shiroro Hydro-Electric Power Station.

Godwin observed that the IDPs had been using the camps for the past one month, constituting threat to the power station and they had yet to be profiled by the state government.

But the Director-General of the Niger State Emergency Management Agency (NSEMA), Alhaji Ahmed Inga, said that the state government had not received official report on the IDPs from Shiroro Local Government Area.

He also said that the agency would send its desk officer in the area to visit the camps were the IDPs are residing to enable the agency to do profiling of the IDPs and know their population size for intervention.

Asking for quick government intervention, the union said that the IDPs had constituted a threat to Shiroro dam.

“They are also disrupting teaching and learning activities of students of the secondary schools because they are using the classrooms as camps,” the union said.

Godwin, therefore, called for urgent intervention from the three tiers of government to come to the aid of the IDPs by providing camps as well as addressing the security challenges to enable them to return to their communities.

One of the victims, Malam Aliyu Bala, from Gwalami-Kogo, said that he and others ran from their communities because of bandit attacks.

He said that since their arrival in the school, they had not received support from government.

“Our houses were burnt down by the bandits as well as our food stuffs and our animals were killed in the attack.

“The only supports we have received is from officials of the power station such as food and medical assistance,” he said.

Godwin noted that the Shiroro power station is “very strategic to Nigeria”.

He said that it was important for the station to be given “maximum protection from security threat presently going on in Shiroro Local Government Area”.

He also said that there ought to be an urgent need from the federal and state governments to ensure that “the power station is given a serious attention in terms of provision of adequate security”.

He said that the Government Day Secondary School, Shiroro, was recently renovated by the power station and about two blocks of twenty classes were also constructed at Government Day secondary school, Zumba, as part of the station’s corporate social responsibility.