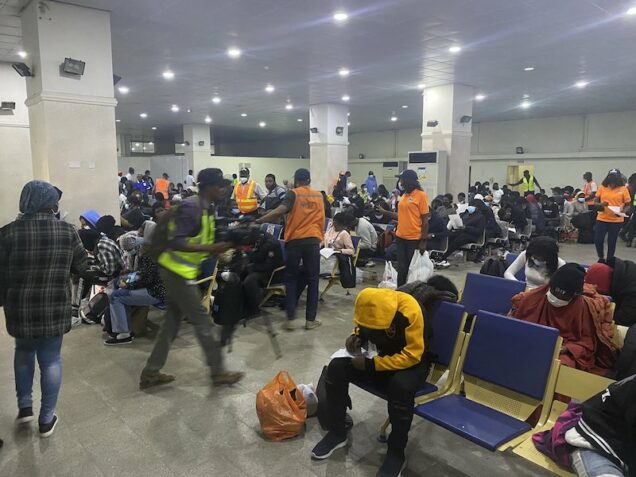 The Nigerians from Budapest

A new batch of 306 Nigerians returned home from war-ravaged Ukraine on Sunday.

The Nigerians in Diaspora Commission (NiDCOM) stated that they arrived at the Nnamdi Azikiwe International Airport, Abuja at 00:30 a.m. aboard Air Peace Boeing 777-300 Flight APK7534 through Budapest.

With their arrival, the number of Nigerians evacuated by the Federal Government have increased to 1,112 as 807 others had earlier been evacuated in three batches as of Saturday.

NiDCOM stated that the returnees were excited to be home after the uncertainty of fleeing from the war.

They applauded the speedy response of the Federal Government to their plight, NiDCOM added.

Reports say many Nigerians and other nationals have fled Ukraine into nearby countries since Russia launched a full-scale war on its neighbour on Feb. 24.

President Muhammadu Buhari also approved the release of 8.5 million dollars for the immediate evacuation of at least 5,000 Nigerians fleeing the Russian-Ukrainian conflict zone to Poland, Romania, Hungary, and Slovakia.