Osinbajo is in charge, Buhari declares as he departs for London 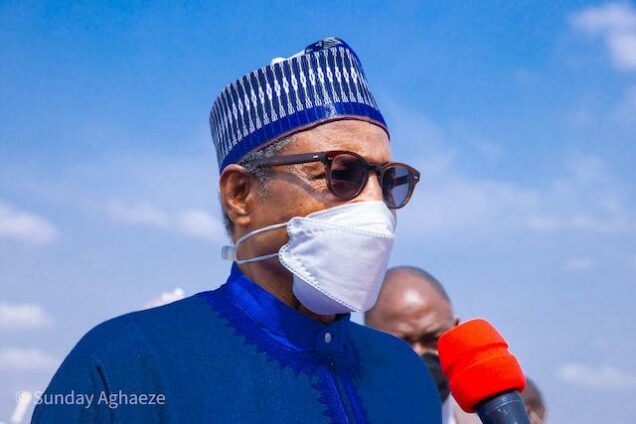 President Muhammadu Buhari has said his absence from the country would not affect the running of government as the Vice President, Yemi Osinbajo would be in charge of government activities.

Buhari stated this when he fielded questions from State House correspondents shortly before departing the Presidential Wing of the Nnamdi Azikiwe International Airport, Abuja, for London on Sunday.

He said Osinbajo would be assisted by the Secretary to the Government of the Federation, Boss Mustapha as well as his Chief of Staff, Professor Ibrahim Gambari.

”Well, I cannot claim to be doing the work alone. The government is fully represented – the Vice-President is there, constitutionally when I’m away he’s in charge; And the Secretary to the government and then the chief of staff. So, no problem,” President Buhari told reporters.

The President also dismissed the assertion that the governing All Progressives Congress (APC) lacks the capacity to conduct its national convention on March 26, saying the party will surprise its critics.

The president said: “Well, they (critics) should wait and see. How did we come as a party to take power from the ruling party who had been there before us for so many years?

So, we have the capacity, everything will be alright.”

The News Agency of Nigeria (NAN) reports that the president had initially planned to embark on the London trip from Nairobi, Kenya after attending the United Nations Environmental Programme (UNEP) at 50 in that country on Friday.

The president’s spokesman, Mr Femi Adesina, had on March 1, in a statement said that the president’s trip to London for routine medical checks, would ”last for a maximum of two weeks.”