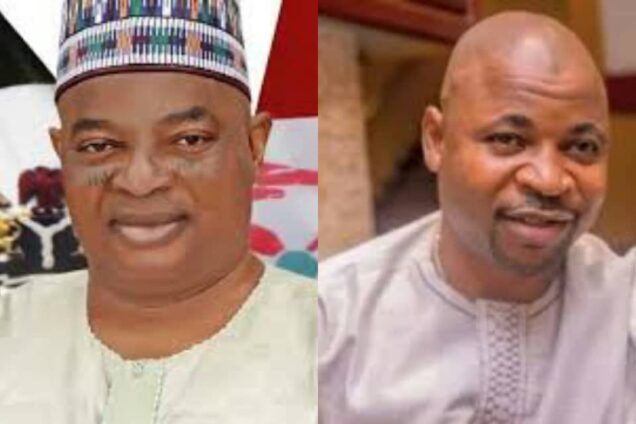 This is coming as members of the union loyal to MC Oluomo protested at the State House, Marina on Sunday to express their displeasure over the anti-union activities of Baruwa.

Earlier, members loyal to Baruwa alleged that MC Oluomo had started gathering members to his camp and had perfected plans to announce a new union for the state as against the national body as well as declaring himself as boss of a personified new union.

They are appealing to the governor to quickly intervene and help caution him from embarking on all his plans across the state.

The members, particularly the branch chairmen, added that all they wanted in NURTW was peace and harmony that existed under the administration of Tajudeen Agbede, the former union chairman for the state chapter.

They alleged that they were forced to sign an undertaking declaring their support for MC Oluomo and that they should abide by whatever decision he made.

Some of the affected branches’ chairmen who claimed to have signed the undertaking on duress, lamented that someone needed to stop MC Oluomo from always using innocent members against the union’s national leadership and members, as well as people he felt could be a threat to his reign in the state.

Ikeja branch chairman, Kunle Anifowoshe, said that the directives from MC Oluomo came as a surprise to them and that they did not understand his motive behind the sudden actions.

According to him, the directives were announced during an emergency meeting that was conveyed by the chairman at the state secretariat in Agege, where they were made to sign an undertaking to be loyal and abide by MC Oluomo’s dictates.

The Ikeja Branch chairman, who declined to sign the documents and pledged his loyalty to the national body under the leadership of Baruwa, stressed that he could not have gone against the union’s rules and regulations, saying “I had to back out from it.”

He appealed to the state governor to intervene and mandate the state NURTW chairman to jettison his plans and adhere to the rules and regulations guiding commercial transportation systems across the country, particularly Lagos state.

Another branch chairman, who spoke anonymously, after signing the document at the chairman’s office before his decoration as an ambassador of the National Drug Law Enforcement Agency (NDLEA), disclosed that they have been directed by MC Oluomo to embark on statewide demonstrations and disrupt activities across Lagos.

Corroborating the claim, another branch chairman from Lagos East Senatorial district revealed that he could not have declined to sign the documents considering the atmosphere at the union’s secretariat and how MC Oluomo had threatened them that should they refuse to join his camp.

The aggrieved protesters were seen carrying placards with inscriptions like “Baruwa instigates violence in Lagos State, we want peace in Lagos State. We the NURTW members are tired of Baruwa’s extortion. Stop being manipulative Mr. President (Baruwa), M.C Oluomo is a peacemaker. Tricycle Operators (TOOAN) remains an arm of Lagos state NURTW and so many others.”

State Deputy chairman, Alhaji Sulyman Ojora, said: “We are here to defend our opinions. It’s peace we need in Lagos State, we don’t want any violence across our garages. That’s why we’ve come to see Mr. Governor on a peaceful protest and submit our letters of complaints. Also, other Executive Council members are on ground to express their feelings without violence.”