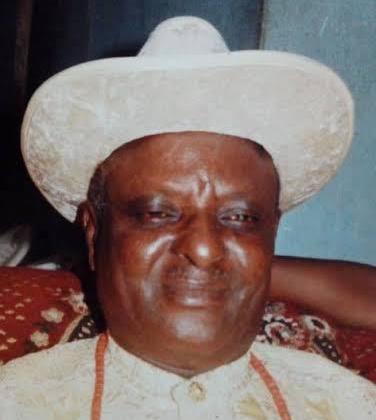 The Minister of State, Labour and Employment, Festus Keyamo, is mourning as he has lost his father, Pa Matthias Keyamo to the cold hands of death.

This is as President Muhammadu Buhari mourned the death of Keyamo’s father, who died at the age of 83 on Saturday.

Keyamo’s spokesman, Tunde Moshood, in a statement on Sunday said: “The Minister of State for Labour and Employment, Festus Keyamo lost his dad.

“He passed on peacefully at the age of 83 on Saturday, March 5th, 2022 in Effurun in Uvwie Local Government Area of Delta from where the family hails.

“They immediately relocated to Ughelli in Delta State where he begat all his children, including the present Minister of State, Labour and Employment, Olorogun Festus Keyamo, SAN. Burial details will be announced later by the family,” the statement added.

Meanwhile, Buhari in a statement issued by his spokesman, Garba Shehu on Sunday extended heartfelt condolences to Keyamo, on the passing of his beloved father, Pa Mattias Keyamo.

The President joined members of the Keyamo family, friends and the people of Effurun in Uvwie Local Government Area of Delta State in mourning Pa Mattias, a respected community leader, who loved his children with great passion and did his best to prepare them for leadership positions and opportunities.

The statement said, as a father who deeply cherished the benefits of friendship and mutual respect to people irrespective of their background, the President believed that Pa Keyamo was an embodiment of Nigeria’s greatness and rich diversity, having spent some of his adult life in Kaduna and Ilaro, Ogun State before settling in Ughelli.

Buhari urged the family of Keyamo to draw inspiration from the strength of character of their beloved father and grandfather, even as he prays that God will comfort them at this time.

”May the soul of the departed rest in peace,” the president prayed.