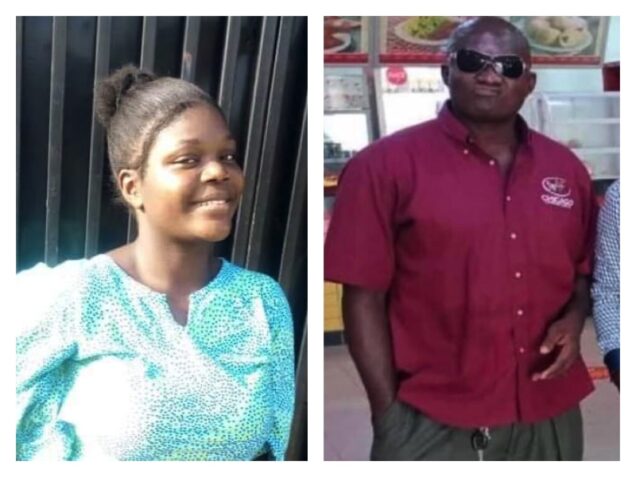 The Lagos State Police Command on Monday said it has arrested the driver who drove the BRT where Oluwabamise Ayanwole, was declared missing and later found dead.

The mutilated body of Ayanwole was recovered by the police on Monday.

The driver had been on the run as the police declared him wanted. The name of the driver is Nice Andrew Omininikoron.

Spokesman of the command, Adekunle Ajisebutu in a WhatsApp message said the driver of the BRT had been arrested.

He said: “The driver of the BRT has been arrested. Details later.”

Earlier, the police command had said the lady had been found dead.

A statement issued by the command’s spokesman Ajisebutu on Monday said the command regretted to inform the public that Oluwabamise Ayanwole, the 22-year-old lady who got missing in transit while on board a BRT bus on February 26, 2022 has been found dead.

He said the corpse was found lying on the Carter Bridge by Ogogoro Community, Lagos Island.

He added that the corpse had been deposited at the morgue of the Mainland Hospital, Yaba, for autopsy.

“The bereaved family has been contacted and family members have identified the corpse as that of Oluwabamise Ayanwole, the lady earlier declared missing.

“The Commissioner of Police, Abiodun Alabi, is saddened by this incident and, therefore, expresses, on behalf of the management, officers and men of the command, his heartfelt condolence to the bereaved family.

“Notwithstanding the death of Oluwabamise, the detectives handling the case would not rest on their oars until her killers are found,” Ajisebutu said.

“We, therefore, assure the concerned public and the bereaved family that we are closing on on the culprits and we are sure that soon the suspects would be arrested and made to face justice for this murderous act.

“While soliciting the cooperation of all and sundry, we once again appeal to anyone with additional information that could help the police in arresting the suspects to kindly oblige us. Such information, we assure, will be treated with utmost confidentiality,” he added.

Ajisebutu said the Command was ever determined and committed to protection of lives and properties of residents in the state and had strengthened its security apparatus to prevent a recurrence of this ugly, disturbing incident.