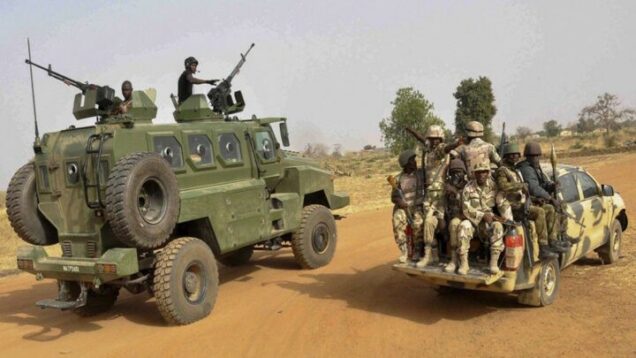 The commander said that the unrelenting troops had arrested three other terrorists alive, “he said.

Musa said that the troops also recovered motorcycles and other assorted weapons from the encounter which took place on Sunday.

The commander said that the troops engaged a large number of the terrorists when they attacked a Forward Operational Base located along Walada exit gate, in the town at about 0200hours.

He said that the insurgents met with serious resistance and superior firepower of the gallant troops who engaged them in a heavy gun battle that lasted for hours, forcing the insurgents to withdraw.

Musa explained that the troops, supported by the Air Component of OPHK mounted a hot pursuit and closed up with the terrorists.

While commending them for the great feast, Musa charged the troops to be more decisive and ensure total annihilation of the insurgents.