Ukraine, Russia prepare for 3rd round of peace talks today 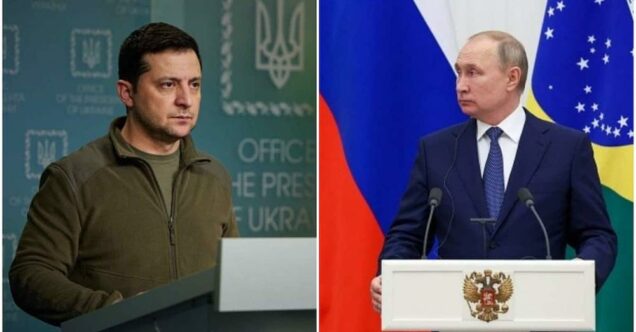 Ukraine and Russia are expected to meet for the third round of negotiations, which both sides had said could take place on Monday.

The location and exact time of the talks is not mentioned yet.

The two delegations last met in the Brest region in western Belarus for two rounds of peace talks and agreed to have humanitarian corridors in place in the embattled cities of Mariupol and Volnovakha to facilitate the evacuation of civilians.

However, the attempt to evacuate Mariupol failed on Sunday, according to the Kremlin and the International Committee of the Red Cross (ICRC).

Russia and Ukraine traded blame for failing to adhere to the agreed ceasefire.

The head of the Ukrainian delegation for talks with Russia, David Arachamija, rejected Russia’s core demands as “not acceptable” in an interview with Fox News.

“I would not say we are moving fast because we have a lot of people killed every day, especially civilians,” he said when asked about the progress of the negotiations.

“It’s tough, honestly, but we are still demonstrating some progress.

“At least, two groups are listening to each other and actively discussing different things.”

Arachamija added that the only parts which are almost impossible to agree on are Crimea and so-called republics that Russia insists that we recognise as independent.

“This is not acceptable within Ukrainian society.”

He said Russia demands that the Crimean Peninsula, which it annexed in 2014, be recognised as Russian territory.

In addition, he said it wants the regions of Luhansk and Donetsk, controlled by pro-Russian separatists, recognised as independent states.

Moscow also calls for a complete “demilitarization” of Ukraine.