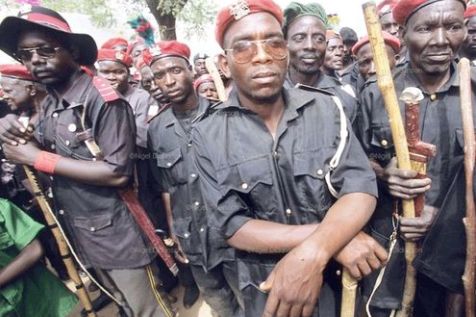 Police in Kebbi on Tuesday explain how members of local vigilance group, “Yansa Kai’’ were killed when they confronted bandits fleeing from bombardments of Nigeria Air Force jets at Makuku Village in Sakaba Local Government Area of the state on Sunday.

Some reports had indicated that at least 60 members of the vigilante group were killed by the bandits.

But Kebbi police spokesman, DSP Nafiu Abubakar who told the News Agency of Nigeria (NAN) that the attack was believed to have been carried out by bandits terrorising Niger and Zamfara said the number of casualties were still being compiled.

“Actually, some members of `Yansa Kai’ lost their lives on Sunday in Mokuku Village.

“The bandits were escaping from Air Force attacks in Niger and parts of Zamfara.

“ `Yansa Kai’ vigilantes saw them, but rather than reporting to the police or to relevant authorities, they decided to confront the bandits and some of them were killed.

“We are yet to ascertain the actual figure of victims as we are still compiling our report,’’ Abubakar told NAN. (NAN)