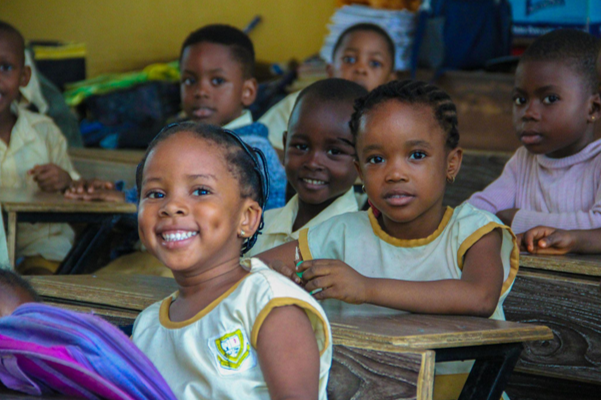 Female pupils in a Lagos school

The Lagos State Universal Basic Education Board’s (LASUBEB) EKOEXCEL has felicitated with women and girls on the 2022 International Women’s Day and promised to ensure gender equality and access for all female teachers and pupils in Lagos’ public schools.

EKOEXCEL also reaffirmed its commitment to gender inclusion in its enrollment drive, stating that females would enjoy equal benefits as their male counterparts in their quest to fulfil their life goals and ambitions in all its schools.

This year’s 2022 International Women’s Day themed ‘#BreaktheBias’ encourages a world free of bias, stereotypes and discrimination. It calls for diversity, equality and inclusion for women.

Marginalization of women in economic development and in social and political spaces is a worldwide phenomenon; however, it is worse in developing countries.

In Nigeria, despite the adoption of the United Nations’ Convention on the Elimination of All Forms of Discrimination against Women in 1985 and similar local policies, such as the National Gender Policy of 2006, inequality still exists due to a myriad of cultural and structural challenges.

This has constrained women’s participation in all spheres of life with serious implications for human resource development and, in that capacity, economic development of the country and the general state of gender equality.

EKOEXCEL, a transformational intervention launched by Governor Olusola Sanwo-Olu in 2019, has joined the rest of the world to celebrate its women, including teachers and administrators for their unique roles in society.

All the teachers expressed joy with their chosen career and the fulfilment of imparting knowledge to children as the world appreciates their contributions.

Bamigbade said, “I believe that a female teacher can influence pupils better. Being a mother is an added advantage because we know how to pull children closer, relate with them and make them more focused. I’m happy that EKOEXCEL has been enabling me to discharge my duties effectively through adequate training and also giving a bright future to our female pupils.”

Adeyemi, on her part, said  “I speak positively to my pupils, share experiences with them, respect their opinions and become friends with them. As we celebrate another International Women’s Day, I wish all my female pupils a better future.”