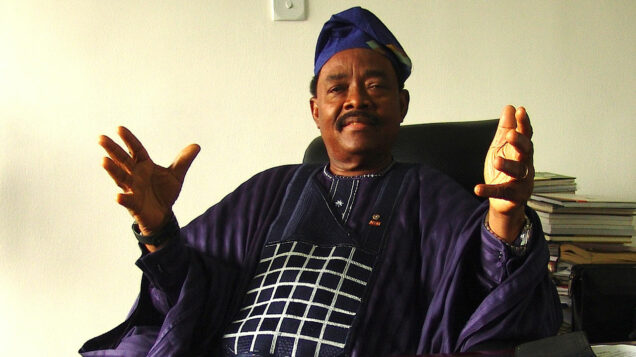 The Lagos Chamber of Commerce and Industry (LCCI) has called for policy and social reforms that put gender equality and sustainability at the centre of governance, politics, and international affairs.

Dr Michael Olawale-Cole, President of, LCCI, stated this on Tuesday in a statement to commemorate International Women’s Day (IWD 2022).

He emphasised the need for women to be given equal access to resources for them to add more value to society.

Olawale-Cole noted that the Food and Agriculture Organisation (FAO) revealed that providing women farmers equal access to productive resources led to a farm yield increase of 20 to 30 per cent.

This, he noted, could provide enough food to keep 100 to 150 million people from hunger, thereby reducing global hunger by 17 per cent.

Olawale-Cole added that at all levels of government, women’s representation and leadership appeared to drive better performance and was more sensitive to environmental outcomes.

He posited that at the local level, women’s participation in managing natural resources had led to more equitable and inclusive resource management and better conservation outcomes in Nigeria.

According to him, in the public service, women had proved to be less corrupt than their men folks who had been in the news for the wrong reasons.

“The LCCI, a gender-sensitive organisation is pleased to congratulate women all over the world on this year’s International Women’s Day celebrations today.

“This year’s theme is all about recognising and amplifying the important role women and girls around the world play in addressing climate change for a more sustainable future.

“In line with the global trend, Nigerian women constitute nearly half of the population of the country but the major roles they play with their population size, women roles in the society are yet to be given the recognition they deserve.

“This is due to some cultural stereotypes, abuse of religion, traditional practices, and patriarchal societal structures.

Addressing Nigerias’ political terrain, the LCCI President noted that about 51 per cent of women were involved in voting during elections.

In spite of this, Olawale-Cole said women were still under-represented in both elective and appointive positions.

He expressed sadness over the rejection of the “Bill for an Act to Alter the Provisions of the Constitution of the Federal Republic of Nigeria, 1999 to Provide for Special Seats for Women at the National and State Houses of Assembly.”

However, he urged the National Assembly to reconsider the rejected bills for a possible review and acceptance for inclusive governance.

“We urge the government to leverage this Bill to deliberately work toward the inclusion of women in governance as this would give Nigeria international recognition and relevance.

“Political parties should also be sensitive to the provisions of this Bill towards ensuring that deliberate steps are taken to include more women in the running of the parties and offer elective opportunities to women,” he said.