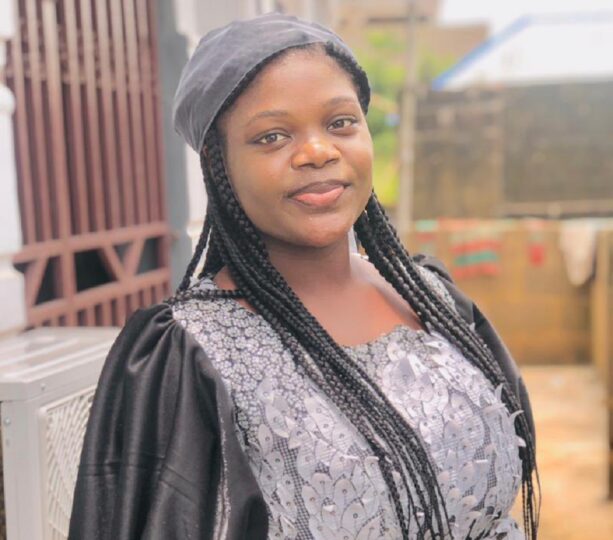 22-year-old Bamise went missing on the night of Friday, February 26, 2022, after boarding a Bus Rapid Transit (BRT) in Lagos.

Bamise’s mutilated body was later discovered and recovered by the police at Ebute Ero, Lagos Island on Monday.

However, Toyin in a pensive post she shared on her Instagram page queried why the Lagos state government doesn’t have cameras on BRT buses.

She wrote: “It is sad enough that Nigeria is not safe but to think that a place or thing considered as property like BRT is now considered a dangerous place should all get all of us concerned. But I have few questions for Lagos State Government, why are the BRT buses not fitted with CCTV cameras? What measure have you put in place since this incident that made you assure Lagosians that the BRT buses are now safe?
Are we truly safe or your speech is just government rhetoric, telling us what we want to hear?
Lagosians, please be careful, we cannot move about like everything is okay. Things are not okay if we are not safe inside government buses.
And to the family of Ayanwole Oluwabamise I sympathize with you. Some of us will reach out to see how you can go through this phase with some measure of ease-no easy way in grieve. May God truly console you.
This is such a sad incident!”

According to NAN, the 22-year-old worked as a fashion designer at Chevron Estate in Ajah, Lagos and spends the weekends at Ota, Ogun state, with her sister.

On February 26, while returning to Ota from Ajah, Oluwabamise was said to have boarded a BRT bus heading to Oshodi, Lagos at about 7 pm at Chevron bus stop.

During the journey to Oshodi, she was said to have observed that the driver was not picking up other passengers at subsequent bus stops along the route.

Disturbed, she messaged her friend and sent voice notes detailing her predicament via WhatsApp.

She told her friend that the driver of the BRT bus said he liked her and asked for her name and other details, according to NAN.

Oluwabamise also asked her friend to pray for her as she was suspicious of the bus driver, and in response, her friend asked her to alight at the Oworonsoki bus stop, some kilometres to Oshodi.

The fashion designer equally sent a video to her friend showing how dark the BRT bus was, noting that “there are three men and one woman in the bus. The woman is sitting at the back. That’s the number of the bus in case. Please pray for me”.

That was the last time her friend heard from her.

NAN reported that the victim’s family had a meeting with the Lagos Bus Service Ltd (LBSL) on March 2, and they were assured that efforts were being made to arrest the driver.

The Lagos State Police Command on Monday said it had arrested the driver who drove the BRT where Oluwabamise was declared missing and later found dead.

The driver of the bus, Nice Andrew Omininikoron had been on the run as the police declared him wanted before he was later arrested.