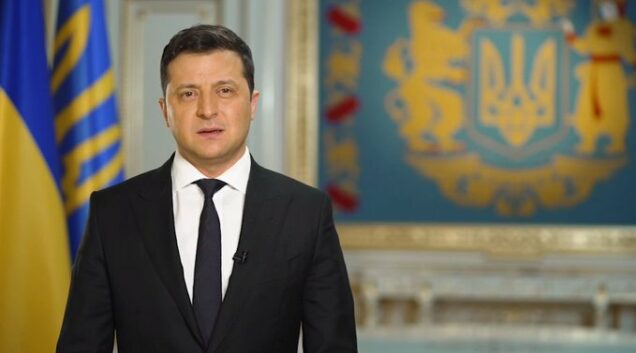 Ukrainian President Volodymyr Zelenskiy will address British lawmakers via videolink in the House of Commons on Tuesday, a rare privilege accorded foreign leaders.

He will be the first foreign leader to address MPs in the main Westminster chamber.

But they made their speeches in other parts of the parliamentary estate on the banks of the River Thames, including in the ornate Royal Gallery or vast Westminster Hall.

Zelenskiy, who has spoken to British Prime Minister Boris Johnson on several occasions since Russia invaded his country, has made a number of impassioned speeches to Western leaders in the last week, asking for supplies and military support.

He will address the chamber at 1700 GMT when formal parliamentary business will be suspended.

Lawmakers will be able to watch the speech on screens installed overnight, with 500 headsets providing a simultaneous translation in English.

“Every parliamentarian wants to hear directly from the president, who will be speaking to us live from Ukraine, so this is an important opportunity for the House,” Speaker Lindsay Hoyle said in a statement.

“Thanks again to our incredible staff for working at pace to make this historic address possible.”

“President Zelenskiy is the spirit of Ukraine, which is young, which is liberal thinking, which is outward facing, which is European, and that’s what Russia or President (Vladimir) Putin just doesn’t understand,” he said.

Ukraine’s ambassador to London was given a very rare standing ovation when he appeared in the chamber to observe Johnson answering lawmakers’ questions last week.