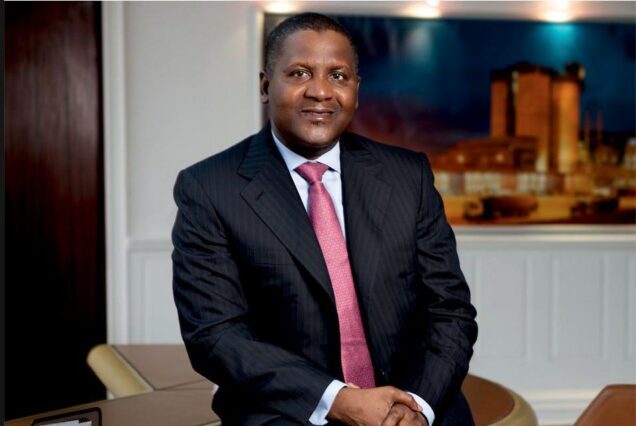 President of Dangote Group, Aliko Dangote, on Wednesday, promised to enter into an agreement with governments, local governments and local producers of Nutri-K’s Ready-to-Use Therapeutic Food (RUTF). This is to guarantee adequate supply directly to primary healthcare centres that treat severe acute malnutrition(SAM) on sustainable bases.

He stated this at the inauguration of a factory meant to produce the RUTF in Kano on Wednesday. Dangote recalled the idea as one of the visions of his late brother which he also expressed happiness that it has come true and will be sustained.

“I recall my late brother Sani telling me that he would start local production of RUTF in Kano to complement the Foundation’s efforts at fighting malnutrition in Nigeria. I am glad his vision has come to fruition today. He was a visionary leader and his legacy lives on. …I commend the board and management of the company for the bold initiative of building this new and massive factory dedicated to the manufacturing of RUTF that will revolutionize the fight against hunger and rare acute malnutrition in Nigeria…Nigeria needs to end the scourge of this severe acute malnutrition and the establishment of this factory today takes us closer to that goal and I am sure we will achieve that very soon.”

Noting that malnutrition, according to the World Bank, is one of the most serious development challenges, Dangote said malnutrition can have a lifetime effect on a child. “The first few years of a child are very crucial for growth and development.”

“According to World Health Organisation( WHO), well-nourished children are 33  per cent more likely to escape poverty as adults. On the other hand, childhood malnutrition can lead to lifetime consequences including lower IQ, poor social-emotional skills and weaker immune system, so it is very important, it is not a joke” he stated.

Dangote also said that the production of RUTF in Nigeria is important because it is one of the strategic achievements of the Aliko Dangote Foundation (ADF), which is to reduce the number of lives lost to malnutrition and disease.

He also declared that combatting the plight of children is at the core of the ADF as a way of improving the lives of children using their investment in health, education and economic empowerment.