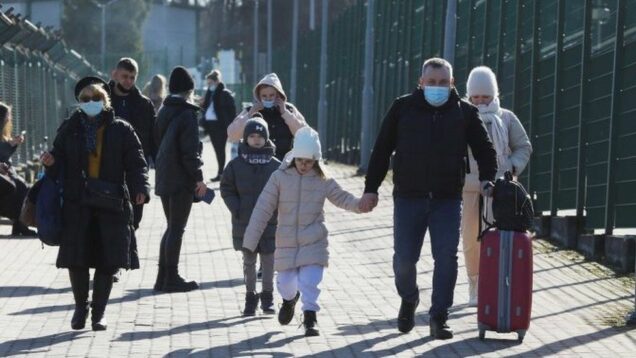 This was disclosed on Wednesday by the Minister of International Development Cooperation, Matilda Ernkrans.

She tweeted “In light of the growing number of refugees in Ukraine and around the globe, Sweden has decided to disburse an additional 100 MSEK to @Refugees #UNHCR, on the front line responding to urgent needs of refugees.

On Tuesday, UN High Commissioner for Refugees, Filippo Grandi, warned that the number of people fleeing Ukraine and seeking shelter in Europe would reach a frightening threshold of two million in a couple of days.

In particular, the Polish Border Guard said on Wednesday that over 1.3 million people had entered Poland from Ukraine since Feb. 24.

A number of countries, including Canada and Poland, the European Union, and NGOs have to fund humanitarian assistance for Ukraine in the wake of hostilities in the country.

On Feb. 24, Russia began a military operation in Ukraine, responding to calls for help from the breakaway republics of Donetsk and Luhansk in countering the aggression of Ukrainian troops.

The Russian Defence Ministry said the special operation was targeting Ukrainian military infrastructure only and the civilian population were not in danger.