Leaked Sex Video: What Tiwa Savage, Harrysong have in common 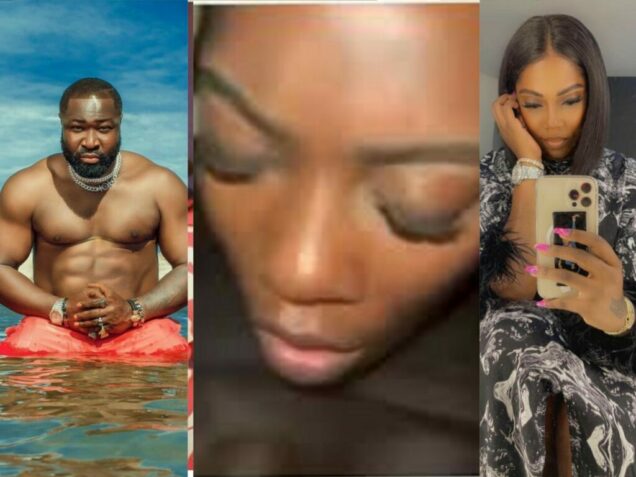 Nigerian popular singers Tiwa Savage and Harrysong do not just have something in common, they have a thing that binds them together. And that is the leaked Sex video.

When a blackmailer leaked Savage’s sex video last October it not only set the internet on fire, but also stirred up some amorous feelings in Harrysong.

Harrysong was so carried away by the video that he confessed that Savage had won his heart with the tape. According to him she is a strong woman and he really admires her.

Harrysong also used that opportunity to ask Savage for a collabo, adding that Savage is the perfect artiste for the song he wanted to drop.

Six months on, Harrysong is singing a new song and the collabo between him and Savage is well underway. This time, not on stage or in the studio but about a sex video.

Like what Savage did in 2021, Harrysong has just raised the alarm that a ‘runs’ girl with whom he had had raunchy sex with is threatening to leak the sex video.

Deja Vu? Of course. This reminds one of Savage’s sextape, which a controversial OAP Daddy Freeze famously described as 10 powerful seconds.

Harrysong made this known via his Instagram stories on Wednesday 9 March 2022. The singer said he had paid the blackmailer a huge sum of money. Yet, she was still insisting on releasing the sextape.

“Any runs girl that put up an unpaid sex scandal about me any time soon, don’t believe her,” Harrysong write. “I have paid and paid and paid just to calm down, but she’s threatening..

“This happened six years ago. Abi she been record me day year sef I no even know, but no shaking, at least I don tell una first.”

However, Harrysong’s latest revelation has generated a lot of reactions.
Apart from the fact that it reminds one of Savage’s video, many are also speculating it could be an attempt to pull a stunt and trend, just as Savage and Oxlade have trended in recent times.

If the “runs” girl eventually releases the sextape, Harrysong will join a long list of celebrities whose sex video have been trending. They include: Tiwa Savage, Oxlade, Chidinma Okeke and Nengi,

Harrysong got married to Alexa Gopa in 2021. The couple welcomed their first child in December that same year.