Can Africa become a leader in the Gaming Market? 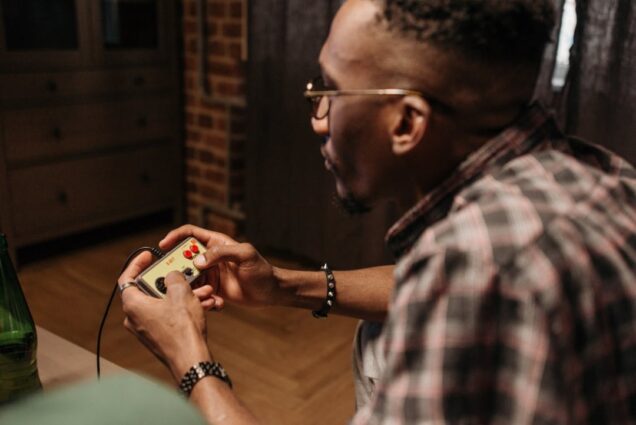 For decades, Africa has always been an afterthought for gaming companies. The continent is often last to receive hardware and software releases, its online service is usually not up to the standards offered elsewhere, and far fewer esports tournaments are available in African countries.

Traditionally, South Africa was the undisputed leader in video game creation and consumption on the continent, but for several years now, revenues in Egypt have been racing ahead.

While impressive, those figures still lag behind similarly sized nations in other regions.

For example, Nigeria and Brazil both have populations of just over 200 million people, but in 2018, the South American nation spent US $1.5 billion on gaming – 12 times more than Nigeria.

Can Nigeria and the rest of the nations in Africa close this gap and become a leader in the gaming market?

Africa has been slower than other parts of the world to connect its populations to the internet.

Here in Nigeria, just 3.5% of people had access to the web in 2005 but, a decade later, that had risen to 24.5%. In the last few years, more than half of the country has managed to get connected.

This is an important foundation for growing the gaming market in Nigeria and the rest of Africa as the marketing, sale, and distribution of content is heavily reliant on the internet.

Digital downloads are much cheaper, can reach a wider audience, and are often preferred among gamers, making them the ideal way to reach more gamers in Africa.

The current initiatives are working in many parts of the continent, but most African countries still lag behind the rest of the world when it comes to internet penetration.

It’s much worse in nations like Niger, South Sudan, and Eritrea where only 13.6%, 8%, and 6.9% (respectively) of their populations can get online.

More work, therefore, is needed to close up the gap in the gaming market and for these nations to realise the many other benefits of internet access.

Most AAA games on the market today were developed by studios in Europe, North America, or Asia.

They are all published by big names that you will almost certainly recognise, such as Electronic Arts, Take-Two Interactive, Ubisoft, Nintendo, Xbox Game Studios, Bandai, Sega, and Konami.

There are, however, some developers and publishers in Africa that are trying to change this.

For example, LudiqueWorks is a publisher that works with developers across 30 different African countries and specialises in using games to tell African stories.

By focusing on this niche, African gaming companies can capture a gap in the market.

Firstly, they can cater to a domestic audience, creating titles with characters that are more reflective of the people playing them on the continent.

On top of that, these publishers can more easily distribute their content through the internet.

African developers don’t even need to reinvent the wheel. There are many game formats that they can use and adapt with an African theme.

For example, Mzito is an endless-running game based on African folk stories that are unique but also feels quite familiar.

Fighting, racing, RPG, and other formats are also open to developers to adapt in this way. Similarly, developers could look towards casino games as a base for their content.

Most of them, such as roulette, are centuries old and are based on well-understood mathematical systems.

This means they could easily be taken and altered without having to pay royalties since the original games are now out of copyright.

Knocking the well-established publishers off their perches will be difficult for African companies.

They’ve had four decades of experience in the creation, distribution, and sale of video games and have built up large amounts of resources to help keep them at the top.

African developers will, therefore, struggle to take their sizeable market shares, but they could still be in a position to become leaders on their own continent.

With content that is more tailored to local tastes, it seems reasonable these home-grown titles could easily become big sellers.