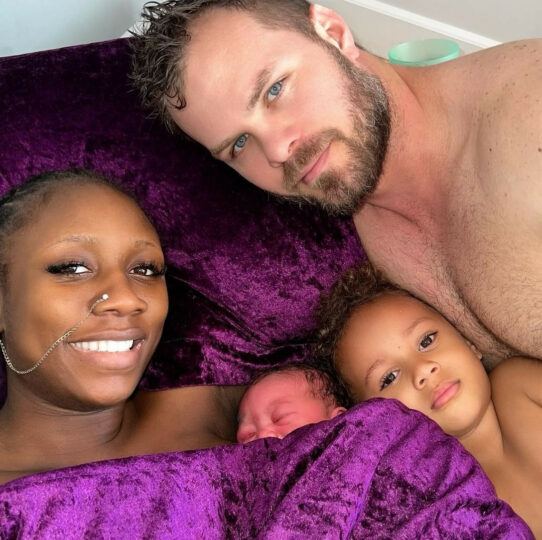 Famous Nigerian dancer and singer, Korra Obidi, has finally spoken up after her husband made their marital issues public knowledge.

Obidi’s husband, Justin Dean had caused a lot of buzz online after he revealed that they were getting divorced just days after they welcomed their second child.

In a new post on social media, Obidi revealed that she was fully committed to taking care of her newborn baby and herself.

The new mum in a post on her Instagram page thanked her fans for their support in this trying time.

She noted that she’s committed to taking care of herself at the moment for the sake of her newborn baby ‘Athena’.

She said: “So, I’m going to be 100% committed to taking care of my newborn and myself.

“When mama is good, the baby is good, thank you all for reaching out and everything, I honestly don’t know what I’ll do without your support.

“I hope that me finding the strength to come up here will make you happy.”

Justin Dean had announced that he was no longer happy with his marriage to Obidi, barely a week after they welcomed their second baby girl.

The chiropractor, in a post, which has now been deleted, said the marriage was over.

“Korra Obidi and I are getting a divorce. It’s over! I won’t be treated this way longer. I did my absolute best to make it work.”

“I didn’t want this. I did my best. My heartbroken. I supported her. I loved her. I don’t deserve the way I was treated,” Dean wrote on social media.

The announcement was met with unbelief with many believing it was a prank in his comment section.

He, however, confirmed it wasn’t a prank when he shared an InstaStory saying, “Not a joke.”

Korra and Obidi got married in 2018 and have two children together.