NHP: Fulfilment of promise of change to Nigerians - Buhari 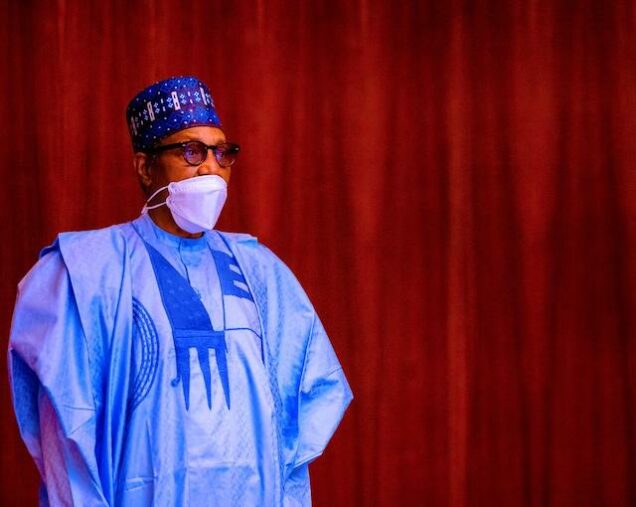 President Muhammadu Buhari on Thursday commissioned the completed homes under the first phase of the National Housing Programme at Issele Azagba in Aniocha North Local Government Area of Delta State.

The President, who was represented by the Minister of Works and Housing, Mr. Babatunde Fashola, at the commissioning stated that the National Housing Programme (NHP) is an example of the promise of change made to Nigerians by the current administration.

“Our desire and commitment towards improving the human condition and our message of change, have another facet beyond job creation. It responds to those who have long aspired to own a home, and that dream has come true with this project,” Buhari said.

“When our Party, the All Progressives Congress (APC), sought your mandate to form Government in 2015, one of the things we promised was change,” Buhari said.

Responding to a journalist’s question shortly after the commissioning, Fashola dismissed a false report in the media that he was involved in a motor accident during his inspection tour of the ongoing 2nd Niger Bridge in Delta and Anambra States.

He said, “We were in Asaba two days ago with the Chief of Staff to the President, Professor Ibrahim Gambari to inspect ongoing works at the second Niger Bridge. It is unfortunate that some sections of the media chose to tell sensational premium lies, we were not involved in any accident.”

“There are many things to be said about this project, from its design to the economic impact and the social impact on this community. In terms of design, this project is the outcome of a national survey conducted by the Ministry of Works and Housing to find out the type of houses Nigerians desired,” he said.

The Director Overseeing the Office of the Permanent Secretary Federal Ministry of Works and Housing, Engr. Chukwunwike Uzo who was represented by the Director, Public Buildings and Housing in the Ministry, Arc. Solomon Labafilo remarked, “The Ministry is promoting local content in line with Executive Orders 3 and 5.

“The use of available local building materials in the National Housing Programme has stimulated the economy through the production and use of the materials.

“The overall economic value chain arising from the housing construction activities is mostly beneficial to the Nigerian youths.”

Governor of Delta State, Dr Ifeanyi Okowa who was represented by the Commissioner of Housing in Delta State, Chief Festus Ochonogor noted that shelter being an essential part of human needs, a housing estate like the one being commissioned is part of the crucial development of the society.

He said the housing gap can be bridged through Public and Private Partnership to address the housing needs of the people.

In his goodwill message, the Asagba of Asaba, HRH Joseph Chike Edozien, represented by the Osowa Owelle Asaba, Engr. Chris Chukwurah said, “This project is number one in this country and we thank the Federal Government for siting this edifice in this area and for giving some of these houses to Super Eagle players to actualize the promise made to them by the Abacha regime.”

Chukwurah added that the National Housing Programme has contributed to the economic prosperity of the people within the area.

He enjoined the beneficiaries to maintain the houses in order to spur the Federal Government to provide more.

He said, “I congratulate the beneficiaries and I enjoin them to make good use of the houses.”

One of the contractors who built the units of houses in the Estate, Engr. Nze Upright thanked the Minister for his consistency in following up the projects through to the stage of commissioning.

He appealed to the Federal Government for more funding for the Second Phase of the National Housing Programme.

One of the artisans, Stephen Achi, said that he thanked the President and the Minister for the housing projects because working with the contractors made him earn enough to start his own personal project.

A food seller at the site of the building, Promise Innocent expressed her satisfaction with the projects because her earning capacity has improved since the beginning of the housing project as workers and the artisans on site patronized her shop and five other shops within the site.

Some of the dignitaries at the event included Directors from the Ministry and some members of the Delta State Executive Council.

The NYSC Band Delta State and other traditional cultural musical groups in Delta State were also at the event of commissioning to entertain the guests.