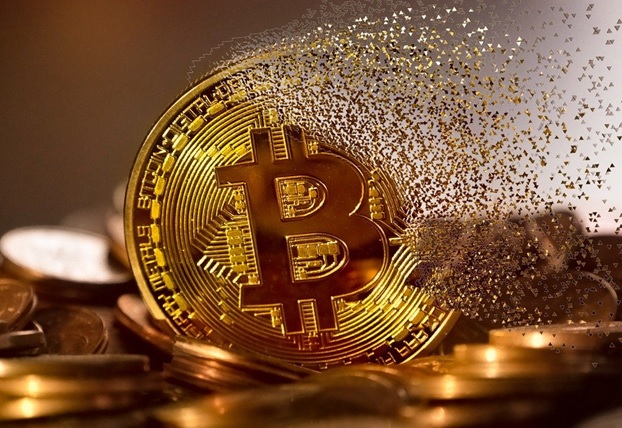 Bitcoin has experienced its fair share of critics and enthusiasts, with different opinions about its future.

Opponents have increasingly described Bitcoin as a temporary bubble and a speculative currency that will not stand the test of time.

On the other hand, crypto enthusiasts insist Bitcoin is the future of money and is here to stay. Such conflicting statements have impacted widespread uncertainties across the market, confusing investors and the general public.

If you are interested in bitcoin trading, visit bitcoin lifestyle.

Understanding the merits of such accusations requires taking a step back and describing how Bitcoin and other cryptocurrencies differ from the dot-com bubble.

This article will highlight those aspects and explain why Bitcoin will not disappear as some expect.

What is a Bubble?

A bubble refers to an economic cycle characterized by a rapid escalation of asset prices and a contraction. It results from an unwarranted surge in asset prices, and exuberant market forces drive it.

A massive selloff usually occurs when no more investors are willing to buy an asset at an elevated price, deflating the bubble.

A good example is tulipmania, a period in Holland during the first economic bubble. The prices of the recently introduced tulip bulbs reached extraordinarily high levels then suddenly collapsed in 1637.

And this almost collapsed the entire Holland’s economy, with several noblemen and laypeople losing small fortunes as they tried to sell any tulip bulb for a tiny fraction of its recent price.

Why Bitcoin is Not a Bubble

Although many have compared Bitcoin to bubbles, such as the tulipmania explained above, it has several unique characteristics that distinguish it from a bubble.

Here are some of the reasons why Bitcoin is not a bubble.

Bitcoin and other cryptocurrencies have utility value, serving as transaction currencies. Hundreds of businesses, merchants, organizations, and individuals worldwide recognize and accept Bitcoin as an alternative payment method.

Some of the leading companies that currently accept Bitcoin payments include Microsoft, Whole Foods, Overstock, Subway, Reddit, and Expedia.

Bitcoin offers numerous advantages over fiat currencies. Companies and individuals increasingly use Bitcoin to pay for goods and services because of its seamless, secure, prompt, and cheaper transactions.

Governments and central banks are the primary custodians of fiat currencies, influencing their supply and usage for personal gains.

The traditional systems have given institutions too much power in controlling financial transactions. Such exorbitant powers are among the key reasons behind the 2008 financial crisis.

Bitcoin is a decentralized currency and asset, not subjected to political or institutional influences. That means no one can regulate its supply and circulation in the economy.

Instead, its value increases and declines based on the public’s perceptions. Also, Bitcoin has a supply limit of 21 million tokens only, and miners have already minted about 90% of it.

That enables it to retain a significant purchasing power over time, with better resilience to inflation.

Experts believe those characteristics will enable Bitcoin’s value to grow over time, making it quite challenging to stop.

Bitcoin already has robust real-world uses despite being in the initial adoption phase.

Its underlying blockchain technology is a revolutionary open-source software that supports the development of various projects and products around Bitcoin.

Although we are likely to experience significant declines in Bitcoin’s value due to volatility, nothing suggests its disappearance.

Besides, its increasing global adoption indicates strong investors and the public’s confidence in its future growth.