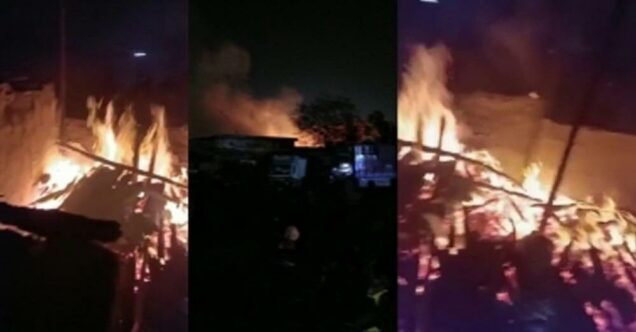 Seven people, including a 13-year-old boy, were charred to death after a major fire engulfed several shanties in the Indian capital New Delhi overnight.

The Delhi Fire Service department said that the blaze was brought under control with the help of 13 fire trucks after information about the incident reached them through local police at around 1 a.m. on Saturday.

“At 1 a.m. there was a fire incident in Gokulpuri PS area. Immediately teams reached the spot with all rescue equipment. We also contacted the fire department that responded very well.

“We could douse the fire by around 4 am”, Additional Deputy Commissioner of Police Devesh Kumar Mahla said.

The incident left state chief Arvind Kejriwal saddened as he took to Twitter to announce that he would personally visit the grieving families.

“Heard the sad news early in the morning. I will go to the spot and meet the affected people personally”, Kejriwal said on the micro-blogging platform in Hindi.