What transpired at the coronation of new Olubadan (Photos) 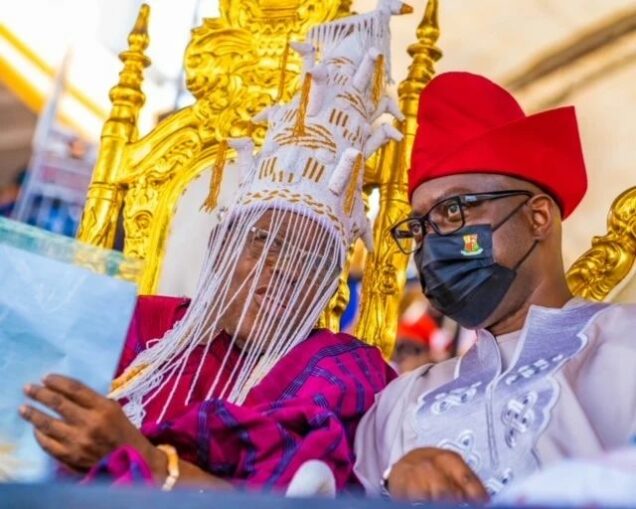 Makinde and Oba Balogun at the coronation

The new Oba Balogun is taking on the title as the Okumade II.

Governor Seyi Makinde officially handed over the Certificate of Instrument of Office and Symbol of Authority to Oba Balogun, which made him officially the new Olubadan.

Makinde called on the members of the various councils, the chiefs and traditional fathers to remain steadfast in their role as the gatekeepers of our traditional systems.

They were the Alaafin of Oyo, Oba Lamidi Adeyemi III; the Ooni of Ife, Oba Adeyeye Ogunwusi; the Sultan of Sokoto, Alhaji Muhammadu Sa’ad Abubakar; Olugbo of Ugbo Kingdom, Oba Fredrick Obateru Akinruntan; and Ambassador of Republic of China to Nigeria, Cui Jiauchun.

There were also Oba Yusuf Adeleye, the Olubaka of Okaland in Ondo State; Oluwo of Iwoland; the Ikere of Saki and Aseyin of Iseyin.