I never wanted to become Head of State - Obasanjo 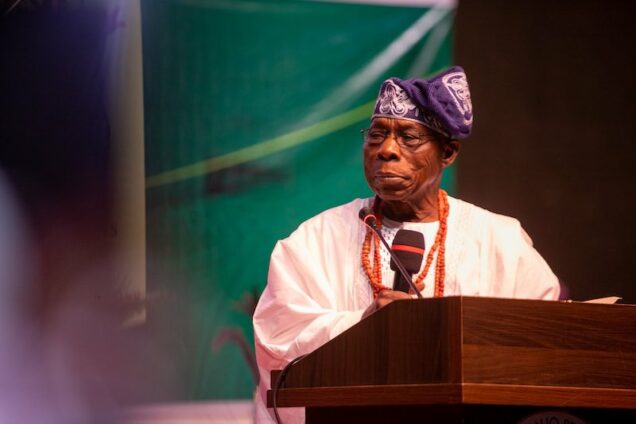 Olusegun Obasanjo, on Sunday, said he rejected calls to become the Head of State in 1976 because he was never after power.

Obasanjo said these at a symposium held to celebrate his 85th birthday, organized by the Kegite Club at the Olusegun Obasanjo Presidential Library (OOPL) Abeokuta.

The ex-president added that he wanted to escape becoming a leader but power kept chasing him.

Before Obasanjo’s speech, a renowned journalist Dr. Yemi Faroumbi had described the ex-president as someone who at no time ran after power.

Faroumbi, in his presentation, said Obasanjo never believed soldiering and politics should go together.

He said Obasanjo rejected the call for him to become the Head of State in 1976, after the coup that claimed the lives of General Murtala Muhammed and some other military officers.

He said “I also know that he did everything possible to reject becoming the candidate of PDP and ultimately the president in 1999 elections.

“I can say authoritatively because I was involved. He had no interest in pursuing power, but power was interested in pursuing him because of the much-needed cultural values inherent in him.

“He was like David in the Bible. He did not want to be a king, but he had the values of a king. He has demonstrated bravery by killing a bear and lion with bare hands.”

However, Obasanjo while corroborating the Faroumbi’s submission, said he was stuck to separation between soldiering and politics.

He said: “I was at a time as you (Farounbi) mentioned once reluctant to be in political power. I was trained as a soldier. One of my training is that soldiering and politics don’t go together and I stuck to that.

“I believed that without being immodest, the fact that I was not looking for power, power was looking for me make a drought of business.”

Furthermore, Obasanjo said he would never entertain anything that is neither Nigerian nor African, saying his allegiance is for Africa and Nigeria.