Ogun speaker to residents: Don't give room to fresh politicians 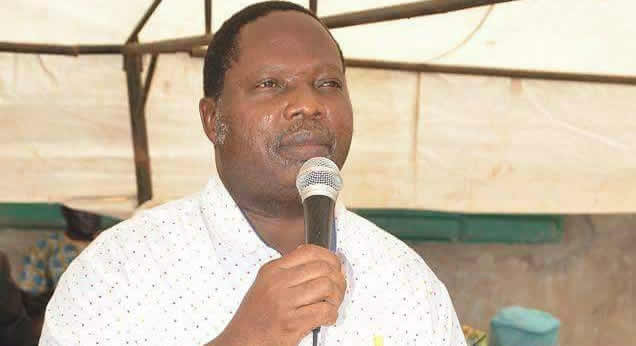 Speaker of the Ogun State House of Assembly, Olakunle Oluomo has advised the residents of the state not to support or allow new and unknown politicians to deceive them or buy their votes with gift items.

Oluomo gave the advice at the weekend at an empowerment programme organised by the majority leader of the house, Sherif Yusuf for his constituents in Ado-Odo/Ota Local government area of Ogun state.

The speaker described new politicians as ‘Tekobo’ that they should be rejected alongside their money.

Speaking at the empowerment programme, he stressed that the people should give their votes to people that are already making impact.

Oluomo added that there is a need for continuity so as to be able to bring dividends of democracy to the people of the state.

He further said, “you are deceiving yourself if you think those that did government before now love you.

“Don’t give room for Tekobo, don’t allow newcomers take over the position.

“Vote for someone you all know and not just someone that is coming as a fresher.

“Re-elect Dapo Abiodun as governor, Ibeman should be re-elected, and others.

“What APC need at this time is people that are already making impact. If you give room for newcomers, we are just deceiving ourselves.”

The speaker, however, lamented that the lawmakers have not received constituency allowance since the emergence of Governor Abiodun.

Oluomo explained that lawmakers engage in monthly contributions so as to be able to empower their constituents.

He added, “Our governor is trying because he is doing a lot of jobs in different Local Governments and constituencies.

“Our constituency allowance has not been paid, but we are the owner of the party, it is our government and we will make sure it succeeds.

“Despite not being paid, the assembly will not fight with the governor, we will always support and stand by him.

“What Ibeman is doing, it is not the governor that gave him money. I am a witness and that’s because I was the one telling them that they need to do something at home. They should not feel discouraged because the governor has not paid us constituency allowance.

“They asked me what they can do, so, I advised them to engage in monthly contribution and be using the money to embark on projects in their constituencies.

“I also engage in the same monthly contribution, that is what we have been using for constituency projects.”

In his remarks, he noted that his passion to empower his people was borne out of his desire to make them self dependent and financially stable.

He noted that empowering the people will bridge the gap between poverty and unemployment.

“When people are empowered, they are equipped with skills and knowledge with which they will be able to earn a living. In this way, they will both be able to get paid employment or start up a business and earn an income. Earning an income is the first step towards poverty eradication.

“And, even if we can not totally eradicate unemployment and poverty, at least we can bring it to its barest minimum by reaching out to our constituents through empowerment programs like this.

“I have done many other privately sponsored projects for my Constituency, through the meagre resources at my disposal. Today’s empowerment programme is another testification of my desire to uplift my constituents and make them self dependent, financially,” he said.