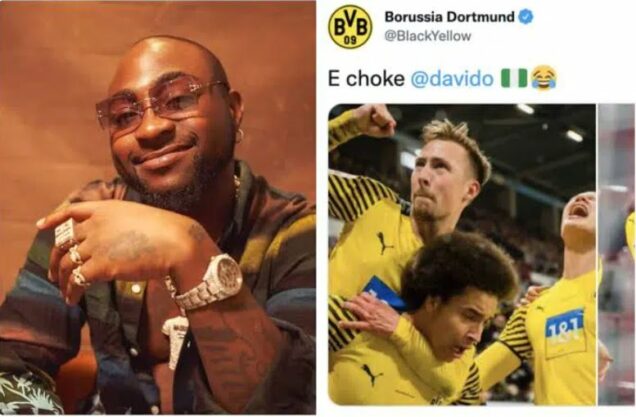 Dortmund, had in a message to their fans worldwide, posted pictures of their players on their official Twitter account with the caption, ‘E Choke’, launched by Davido.

The club side had shared a picture of Erling Haaland, Marco Reus and Axel Witsel celebrating and wrote, “E choke @davido 🇳🇬😂”

The excited “Assurance” crooner while reacting to the tweet quoted it and wrote, “clear road”.

The German club side in another tweet celebrated Nigerian players who had played for the club in the past.