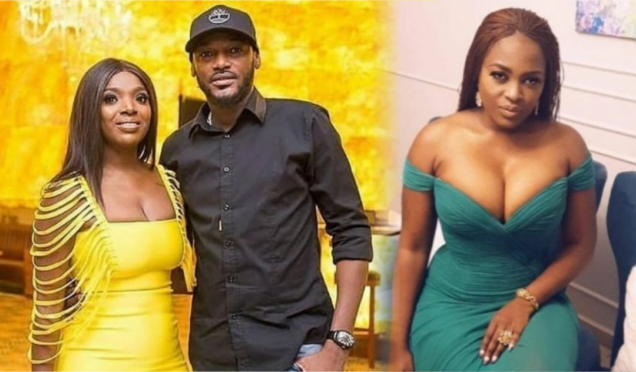 Actress, Annie Idibia, has confirmed that at some point she had to share her husband Innocent Idibia, aka 2Baba with other women.

Annie stated this in an interview with her co-stars on the ‘Young, Famous, and African’ reality show.

The actress noted that the most painful was that she met the famous singer before any of his baby mamas.

In an emotional tone, Annie said, “When one meets someone and one realizes that one knew them first, yet one sees different women having babies for him. Then, he has five kids with other women. My first child is his fifth and I met him before the other women that have children for him. (Do) you know how many humiliation and embarrassments (I’ve faced)? How does one repeat the same mistake twice? I was hurt. Even when he was engaged…but, that is a story for another day.

“It is painful (sharing him with other women) and it hurts. (However), the good times are so much more (than the bad), and I still have forever (to spend) with him and make up for the bad times. People actually abuse the word, ‘love’. Love is more than what people say it is.”

Meanwhile, the celebrity couple renewed their marital vows as they celebrated their 10th wedding anniversary on Friday.

She wrote: “A guy (nickname for 2Baba) and I renewed our vows. 10 years anniversary! (It) was very intimate but we wanted to also share it with the whole world. I will post pictures and videos. Vulnerability isn’t weakness. I want to believe that it is being brave; it is strength.”