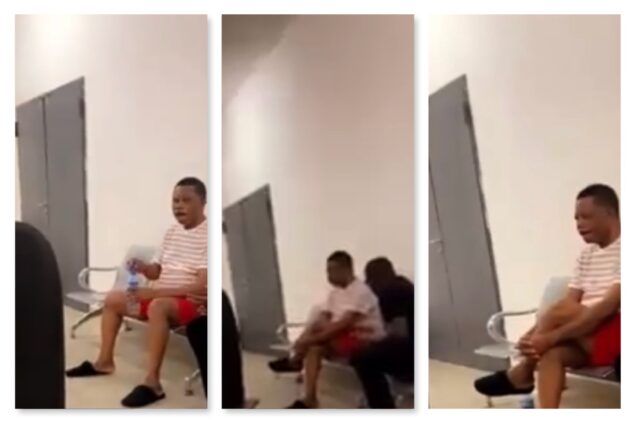 A 12-second video of former Anambra governor Willie Obiano, while in EFCC detention has emerged in the social media.

In the video, he is seen sipping water from a bottle as he discusses with an unidentified person.

The pictures circulating were screenshots from the same video.

One report claimed the video was released by the EFCC and chastised the agency for disrespecting the former governor.

But this allegation has not been proven to be correct.

The EFCC confirmed on Saturday that it was holding and interrogating the former governor, who was arrested on Thursday at the Lagos airport, on his way to Texas, United States.

Mr Wilson Uwujaren, the Head of Media and Publicity of the EFFC, said Obiano was brought to Abuja on Friday morning.

The EFCC spokesman said the former governor had not been released as being speculated in some sections of the media.

“The former governor is currently in our custody undergoing interrogation and I cannot say exactly when he will be released. I don’t know how long the exercise will take.

“All I can tell you now is that he is still in the EFCC custody in Abuja,” he said.

Uwujaren further clarified that he was not aware of the arrest of the wife of the former governor, Mrs Ebelechukwu Obiano, as also being speculated in the media.

Obiano was arrested by the EFCC on Thursday night, hours after his handover to the new Anambra governor, Prof. Chukwuma Soludo.