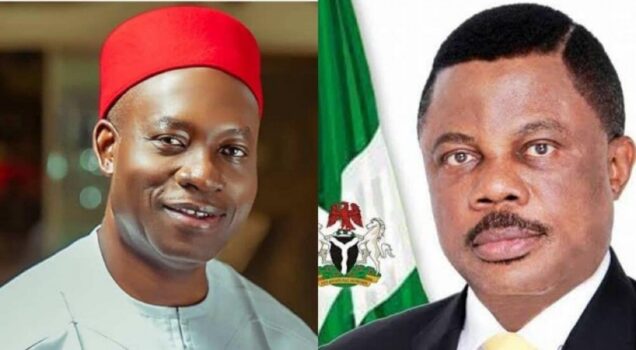 He also said the former governor left for him debts running into hundreds of billions of naira to grapple with.

Soludo spoke in an interview on Arise TV on Tuesday, saying that the resources of the State are paltry and almost zero.

“In terms of debt I inherited, it runs into hundreds of billions of Naira. In that of cash, we met about 300 million Naira only. In fact, let’s not talk about it. Our treasury is funny,” he said.

Soludo said he hoped his administration would make money henceforth to help fulfil his promises for infrastructure and development of the state.

“But in terms of what I met in our coffers, my brother, it’s pathetic. Please let us not go there. God will help us,” he added.