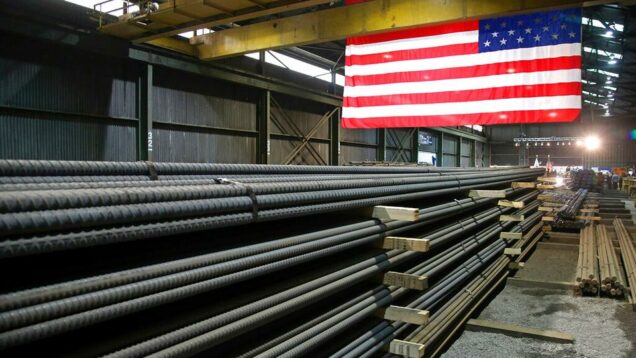 The United States and the United Kingdom have settled their dispute over special tariffs on steel and aluminium imports introduced under then-president Donald Trump, the two sides announced in a statement.

Britain will be allowed to export “historically-based sustainable volumes” of steel and aluminium duty-free into the United States again from June 1, according to a statement from Washington.

The duty-free trade volume should roughly correspond to that of 2018-19 when there were no punitive tariffs.

“In response, the UK will suspend rebalancing measures on U.S. products including whiskey, blue jeans and motorcycles,” the British government said in a statement.

The U.S. said those exports are worth 500 million dollars.

The agreement follows the model of a deal between the government of U.S. President Joe Biden and the European Union at the end of 2021.

A similar deal with Japan was announced in February.

Trump had cited national security concerns to justify the tariffs of up to 25 per cent.

When Biden took office over a year ago, he promised to mend relations with U.S. allies that were damaged under Trump.