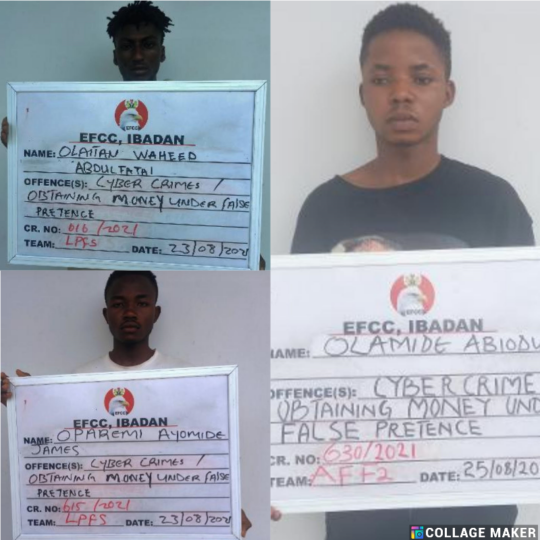 An Oyo State High Court sitting in Ibadan, on Wednesday, convicted and sentenced three internet fraudsters on a one-count amended charge which bordered on obtaining money by false pretence and impersonation.

The convicts; Abiodun Olamide, Oparemi Ayomide James and Olaitan Waheed Abdulfatai were prosecuted by the Ibadan Zonal Command of the Economic and Financial Crimes Commission (EFCC).

They pleaded “guilty” to the charges preferred against them.

Subsequently, the prosecution counsel, Shamsuddeen Bashir, urged the court to convict and sentence them as charged.

She ordered that the convicts restitute their respective victims and forfeit all items recovered from them by the EFCC to the Federal Government of Nigeria.