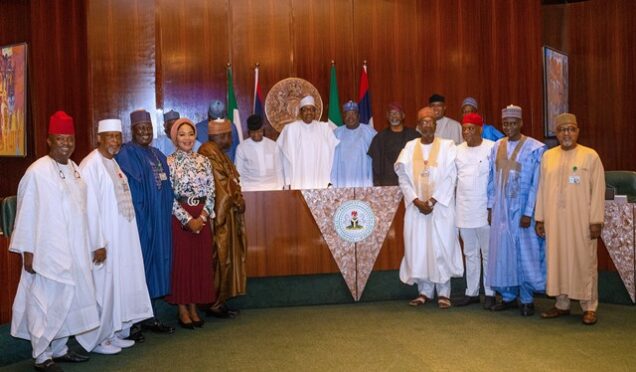 A lot of auguries have attended the governing All Progressives Congress (APC), which holds a crucial National Convention on Saturday. And most of the prognostications have not been good. Implosion. Explosion. Schism. Scatter, are some of the words often used to describe the fate that would befall the party.

But don’t forget. The APC had never been given a chance to survive in the first place, after its formation in 2014. In fact, our big brother, Dr Doyin Okupe, then Senior Special Assistant to President Goodluck Jonathan on Public Affairs, had said: “Call me a bastard if APC survives for one year.” He equally vowed to change his name, if the party ever overcame the pangs of childhood.

On Tuesday this week, Dr Okupe turned 70. And as far as I know, he has not changed his name, neither has he become a bastard. And APC continues to rule the country at the center, and in at least 22 States.

Why do the cynics rage, and the scoffers imagine vain things? APC is not only about 8 years old, it continues to wax stronger and stronger. Like every human organization, it has been buffeted and badgered by storms, but it marches on. Steady. Sturdy.

The much older but rival Peoples Democratic Party (PDP) is almost perpetually in the eye of the storm. Nearly all its national chairmen have left office involuntarily since it was formed in 1998. The expectation, therefore, is for the APC to face the same tempest, and in fact to flounder, and eventually collapse.

But there’s a big difference between the two political parties. And that difference is one man. Muhammadu Buhari. He is the centripetal force in APC, a strong unifier, which PDP lacks.

The APC at creation needed a rallying force. Buhari, who became the presidential candidate, and has won elections twice, is that force. Hugely respected, admired and adored, he is the centre that holds the party together. And he has earned the respect he commands, through decades of commitment to integrity, personal example, and accountability. That is who (or what) the PDP lacks. And it’s the fundamental difference between the two parties.

I’ve heard it often said gleefully by the opposition: Buhari won’t be on the APC ticket again in 2023, the automatic 12 million votes won’t be there. Let’s see how the APC wins. Let’s even see how the party survives till then.

After the National Convention on Saturday, the APC would likely disappoint a lot of ill wishers. The party would be together, cohesive, and ready to make further conquests in the general elections next year.

Series of meetings have been held in the past weeks, chaired by President Buhari, in order to ensure that the centre holds. Yes, the party has been seriously rocked. But tell me which human organization that doesn’t have issues. APC has had problems scheduling its Convention, it has had a litany of litigations, there have been fractures, fissures, claims and counter claims to leadership positions, but one man has made the difference. Muhammadu Buhari. Each time he intervenes, calm is restored, order returns. And that is what the other political parties lack. A central figure, whom they all defer to. No seniority or respect among puppies.

On Wednesday, while suing for peace and unity at a meeting with the Governors elected on the platform of the party, President Buhari said they needed to be careful, maintain a united front, so that a certain party does not “get its dirty hands on Government again, and return us to the Stone Age.” True.

The President went down memory lane, telling the story of how APC emerged from a coalition of Congress for Progressive Change (CPC), Action Congress of Nigerians (ACN), All Nigerian Peoples Party (ANPP), and part of All Progressives Grand Alliance (APGA). He then declared: “The party that had thought it would rule forever got a rude shock, when we won the free and fair polls of 2015. That party was defeated, and they are still dispersed, and will remain so.”

The President said he was pleased to see all the Governors standing together, “to solve our political problems.”

He gave glory to God that Nigerians re-elected APC in 2019, and expressed the hope that APC would hand over “to an APC government at the centre, and the great majority of States.”

You may say; but the Convention has not even held yet. Why are you jubilations already? Never abuse an alligator till you have safely crossed the river. Well, gut feeling tells me that the APC will suffer no rupture. No schism, implosion or explosion. It will come out of the Convention as right as rain. Millions would rejoice round the country, while some minority would be like King Lear at his worst.