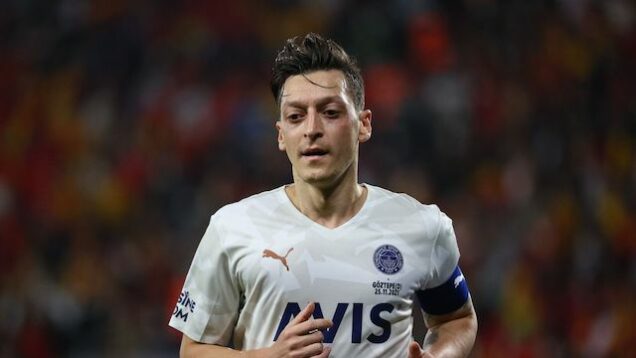 Former Arsenal star Mesut Ozil has been suspended by his Turkish club side Fenerbahce with immediate effect.

The club confirmed that he was suspended along with Turkish international Ozan Tufan.

A statement released by the club today said: “Our Football A Team players Mesut Özil and Ozan Tufan have been excluded from the squad as per the decision taken. It is announced to the public.”

Ozil joined Fenerbahce last January after Mikel Arteta made the decision to sanction his exit, terminating his contract six months before it was due to officially expire.

However, his lack of match fitness showed in his first half-season with the Turkish giants, registering just one assist in 10 Super Lig matches.

This campaign has been a slight improvement, scoring nine times and registering a pair of assists, with his last goal coming in the 5-2 win over Alanyaspor on March 13.