Uduaghan is very sad. See why 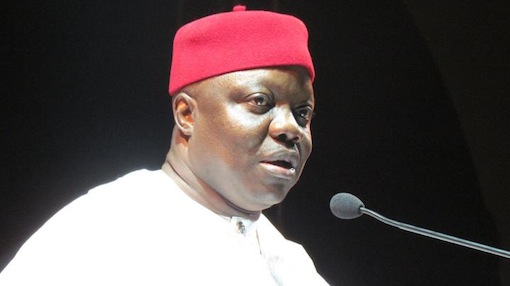 Former governor of Delta, Dr. Emmanuel Uduaghan, has revealed that he is very sad that traditional rulers have not been given roles to play in the governance of the country in the constitution.

Uduaghan who said he is in support of those who sought to give constitutional roles to traditional rulers in governance spoke on Wednesday at the 2022 Annual Press Week Lecture/Award Ceremony of the Nigeria Union of Journalists (NUJ), Warri Correspondents’ chapel.

He noted that the development would go a long way in addressing the insecurity challenges confronting the nation.

“I feel very sad that we have not given our traditional rulers the special roles to play in governance.

“I say this because a lot of cases are settled in the palaces.

“They should be given the power, authority, recognition to play more roles in the society.

“I am sure if that is done all these insecurity challenges in our society will be curbed to a large extent,” he said.

Uduaghan also media practitioners to be more objective in their reportage as Nigeria prepares for another round of general elections in 2023.

The former governor, who spoke on the topic, “2023 Elections and Role of the Media”, noted that by 2023, Nigeria would have enjoyed 24 years of uninterrupted democracy.

He said that the media had, during the period, enjoyed a lot of freedom unlike under the military regime.

“Media practitioners in Nigeria should be more objective in their reportage because of their roles in the society. Reports from the media some times are far from the realities.

“Media owners should be faithful with their workers by way of paying them as and when due to guard against being influenced negatively by corrupt politicians,” he said.

Also speaking, a former Minister of State for Education, Mr Kenneth Gbagi called for proactive measures against insecurity in the country to make life bearable for the citizens.

Gbagi spoke on the topic, “Security Challenges ahead of the 2023 General Elections and way Forward”.

The event was chaired by Amb. Godknows Igali, Nigeria’s former envoy to Sweden, Denmark and Norway.

Highlight of the event was the presentation of awards and recognition to some distinguished individuals.