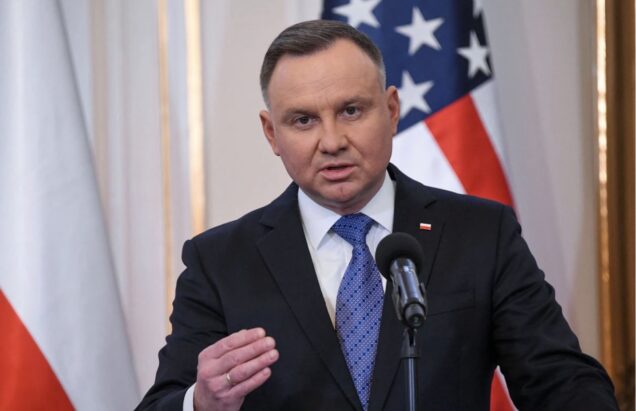 The airplane carrying Polish President Andrzej Duda has made an emergency landing in Warsaw.

Duda was on his way to meet to meet U.S. President Joe Biden in eastern Poland.

The head of Duda’s office, Pawel Szrot, told Reuters that the Polish president did not face any danger.