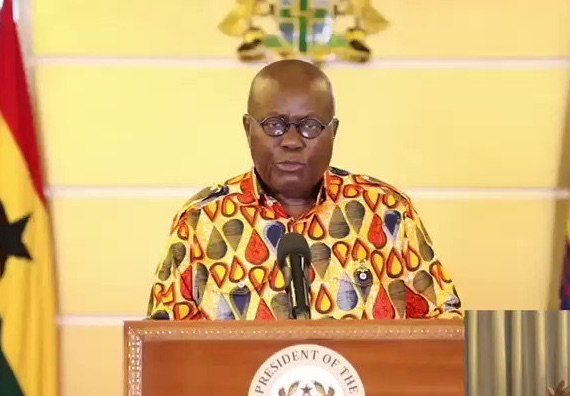 Ghanaian President Nana Akufo-Addo and his ministers have cut their salaries by 30 per cent under measures to reduce spending.

The salary cut became necessary as the country struggles with higher fuel costs from the Ukraine crisis and stalled progress on a new tax, the government said on Thursday.

Finance Minister Ken Ofori-Atta announced that foreign travel by government appointees, except for critical missions, and the purchase of imported vehicles had been suspended with immediate effect.

He said the government hoped to save around $400 million through the measures.

Global fuel prices have hit all-time highs because of the Russia-Ukraine war, driving up costs of living and transport in a way that has hit West African countries like Ghana hard.

Ghana’s government is also struggling to raise domestic revenue as gridlock in parliament since last year has stalled the passage of a controversial 1.75-per cent E-Levy tax aimed at bringing in additional funds AFP reports.

“It is important to stress, right from the onset, that the difficulties we are facing in Ghana are not peculiar to Ghana,” the minister’s statement said.

“Governments in both developed and developing countries are busily coming out with various prescriptions to bring their economies back on track, after the devastating impact of Covid-19 which distorted global supply chains, and the ongoing Russia-Ukraine war.”

Other measures include a 50-per cent cut in fuel coupon allocations for all political appointees and heads of government institutions.

“Our immediate response to the Minister of Finance is to state emphatically and unequivocally that he has lost touch with reality, he is not in-tuned with the state of the Ghanaian economy,” the Minority Leader Haruna Iddrisu told reporters in parliament.

Recent data published by the Bank of Ghana indicates that the country’s debt to GDP was 80.1 per cent at the end of December 2021.

Neighbouring Nigeria, Africa’s largest economy, is also struggling with the twin problems of an unstable power supply and the doubling of the cost of diesel that many businesses use to fuel generators which keep the power going during blackouts.