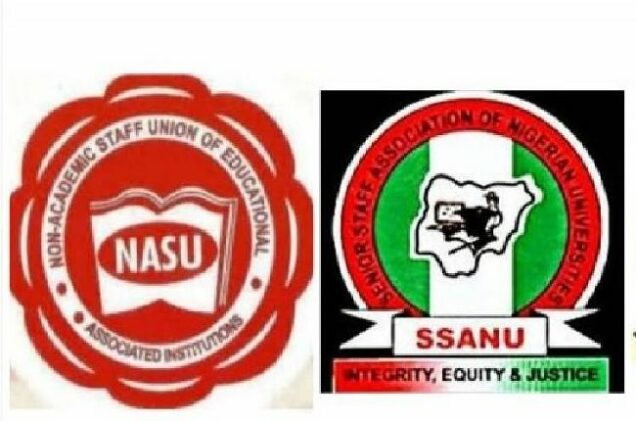 The Joint Action Committee (JAC) of the Senior Staff Association of Nigerian Universities (SSANU) and Non-Academic Staff Union of Allied and Educational Institutions (NASU), has ordered all members to embark on a two-week week warning strike from Monday over failure of the federal government to meet their demands.

The Academic Staff Union of Universities (ASUU) are currently on a warning strike which will terminate in May 2022, as the government failed to meet their demands.

A memo issued by JAC and signed by SSANU President, Mohammed Ibrahim, and NASU General Secretary, Peters Adeyemi ordered all members to proceed on the warning strike with effect from Sunday, 27 March, 2022.

The unions said in the memo that the decision was reached in view of the nonchalant attitude of the government to their demands.

The unions directed their members in all universities and inter-university centres throughout the country to commence a two-week strike by midnight of Sunday, 27 March. 2022, in the first instance, as earlier conveyed to the federal government in their letter.

The unions said the two-week warning strike should be comprehensive and total as no concession should be given under any guise.

JAC added that the strict compliance and adherence of members to this directive was mandatory for all branches of NASU and SSANU in the universities and inter-university centres.