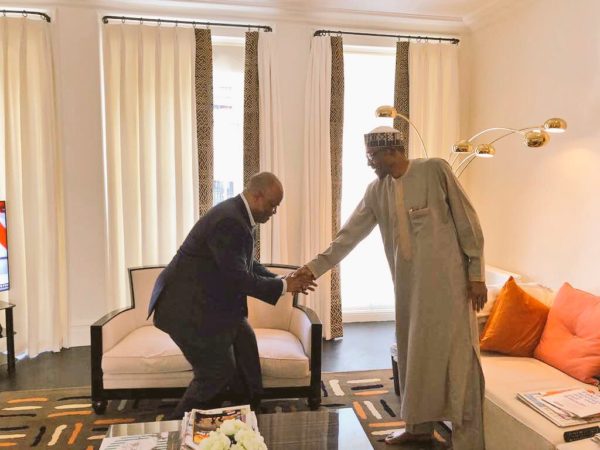 Niger Delta youths have hailed President Muhammadu Buhari for not paying attention to those calling for the scrapping of the Niger Delta Commission (NDDC).

The youths at a news conference in Yenagoa on Friday distanced themselves from individuals mooting confusion and calling for the scrapping of NDDC or removal of the Commission from the Ministry of Niger Delta Affairs.

The Secretary-General of the Niger Delta Youth Movement, Mr. Ibifubara Ekiyor who read the position of the youths to newsmen urged the Federal Government not to contemplate such a line of action.

He labeled those behind such calls as ‘’enemies of the region’’.

The statement read said: ‘Some of these people that make comments like that are figures who are not favored by the current administration’’

The youths also said the directive to the Attorney-General of the Federation (AGF) and Minister of Justice to stop placing the Niger Delta Development Commission (NDDC) under any ministry including the Ministry of Niger Delta Affairs was done out of malice.

The group said: ‘’They deliberately want to create mischief because that probably brings them more into the limelight’’

‘’The Wailing Women of Niger Delta (WWND) and the Integrity Friends for Truth and Peace Initiative (IFTPI) are self-centered and selfish and do not care about the development of the region’’.

The youths however extolled the virtues of the Minister of Niger Delta Affairs, Senator Godswill Akpabio.

They praised Akpabio for doing his work to the satisfaction of all.

Specifically, the youths hailed Akpabio for steering the region in the needed direction, making obvious progress in transforming the region and fighting the ills which plagued the Niger Delta Development Commission,

The youths said they feel embittered that some politicians are canvassing NDDC scrapping or removal from a particular ministry simply because of their inability to secure contracts and political appointments.

They urged Odighonin Adienbo and her co-travelers to imbibe the spirit of patriotism and learn to work for the interest of the region.