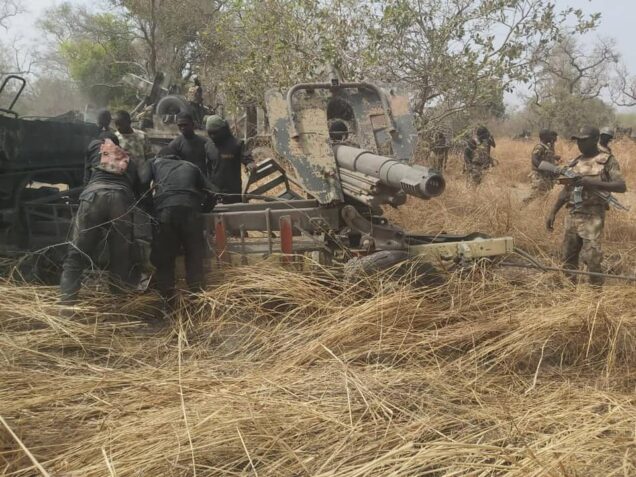 Troops of Operation Hadin Kai (OPHK) have taken the fight against terrorism to the Sambisa Forest where the Islamic States West Africa Province (ISWAP) terrorists are hiding.

The troops, in a special operation codenamed “Operation Desert Sanity”, started on Thursday, successfully overrun and captured the stronghold of the terrorists at Ukuba/Camp Zairo in Sambisa Forest.

He confirmed that the troops also seized weapons while several terrorists were neutralised.

He said the troops routed the terrorists and captured their enclave, adding that some terrorists fled the camp leaving behind their weapons.

Onyeuko said, “after thorough cordon and search of the captured camp, the gallant troops recovered various equipment including one Main Battle Tank, one 155mm Bofors Gun, one Trailer, one 122mm Gun and two 105mm Guns.

“Other equipment captured are one Mines Resistance Ambush Protected (MRAP), fighting vehicle, one MOWAG Armoured Personnel Carrier, one Mack Trailer, as well as a large cache of arms and ammunition left behind by the terrorists.”

The Defence spokesman said the capture of the terrorists’ stronghold of ‘Camp Zairo’ was a major setback to the terrorists and criminals.

He said the military High Command had commended the troops for the success and enjoined them not to rest on their oars.

Below are photos from the scene of the ongoing offensive clearance operations in the Sambisa forest. 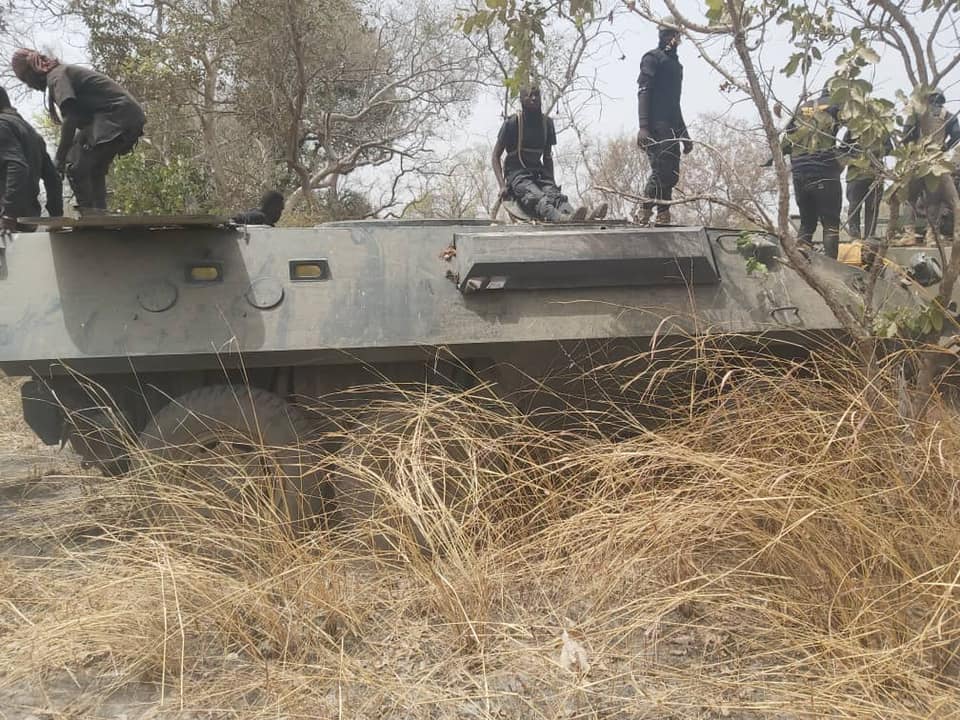 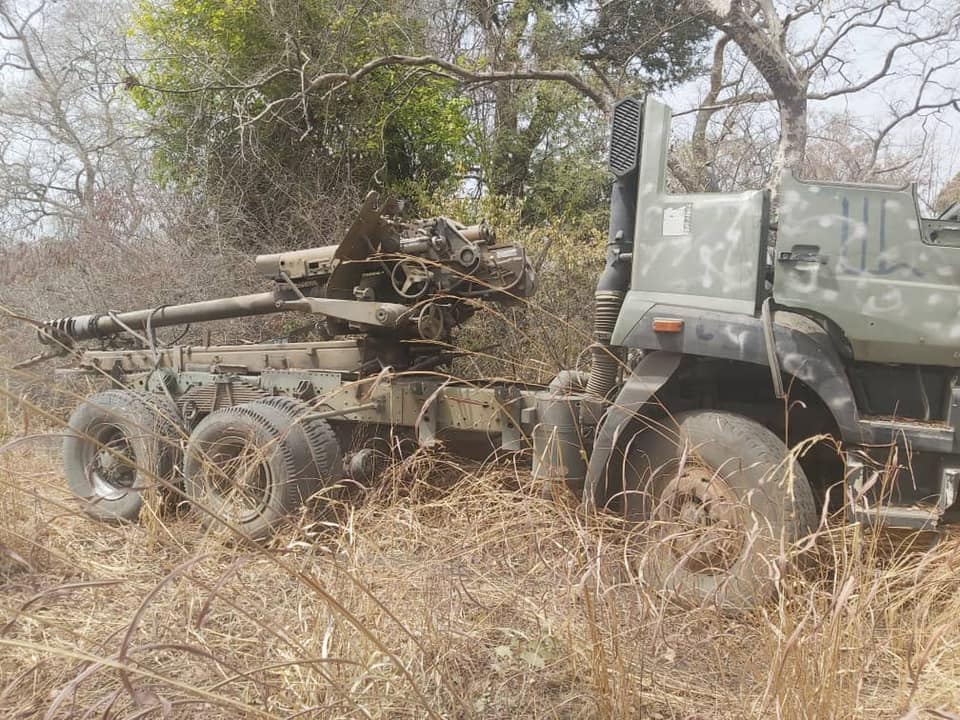 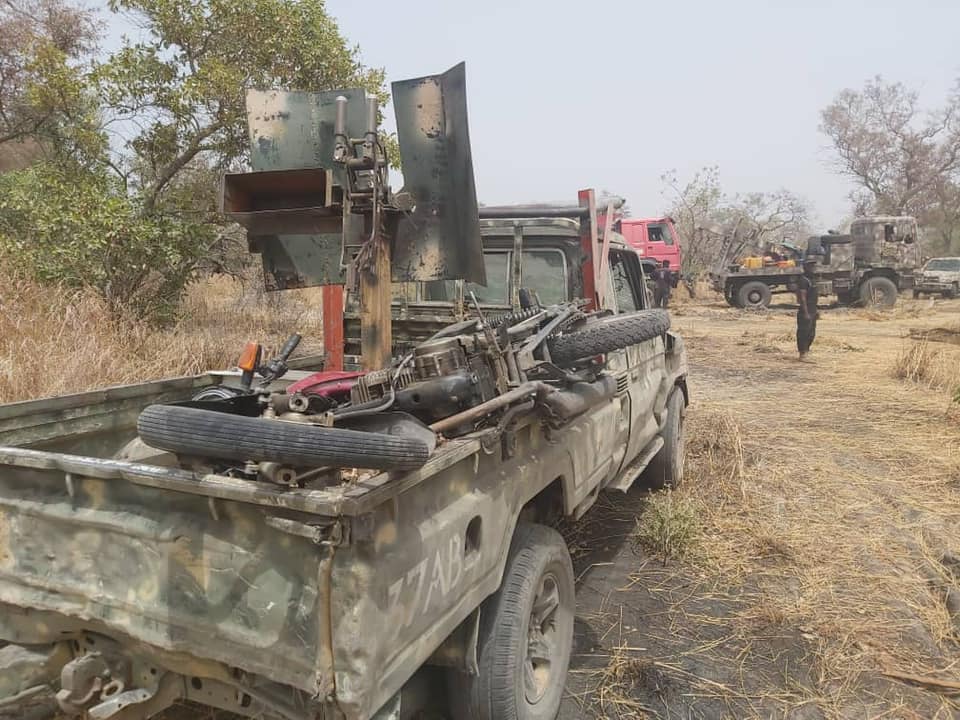 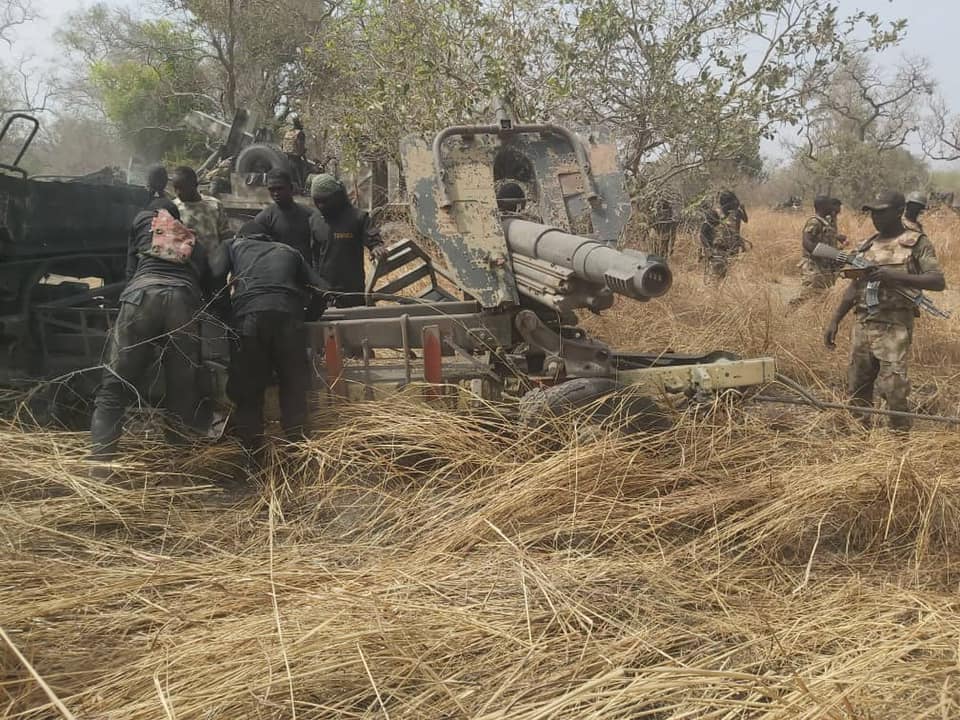 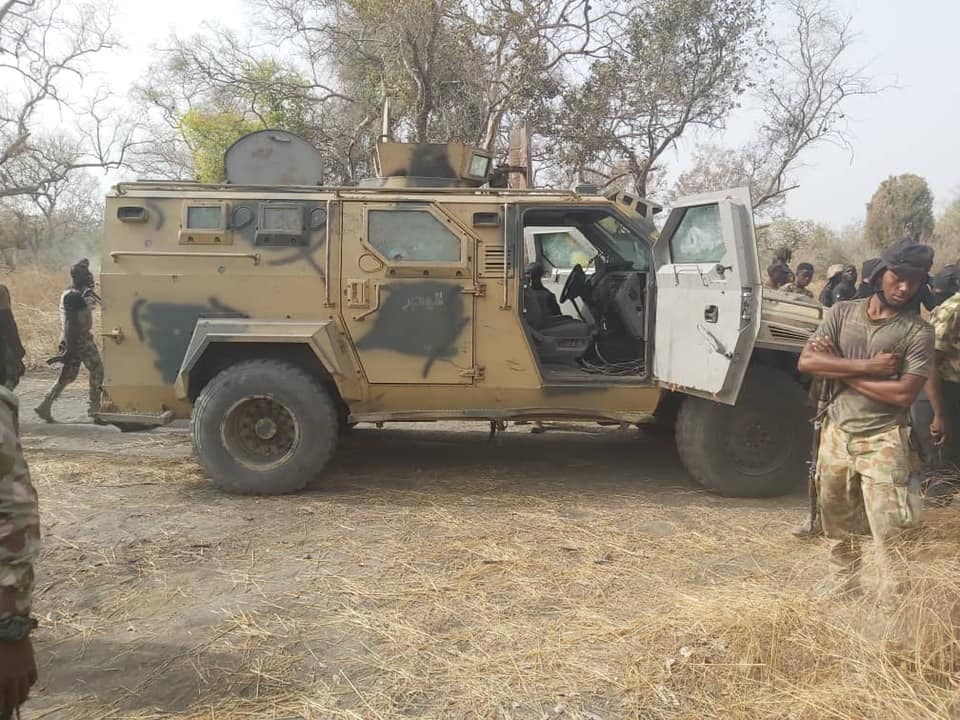 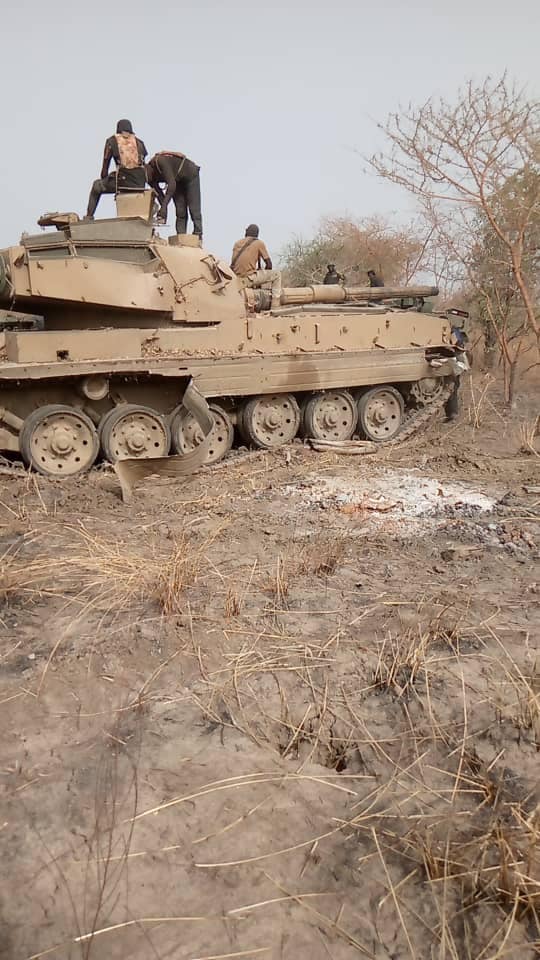