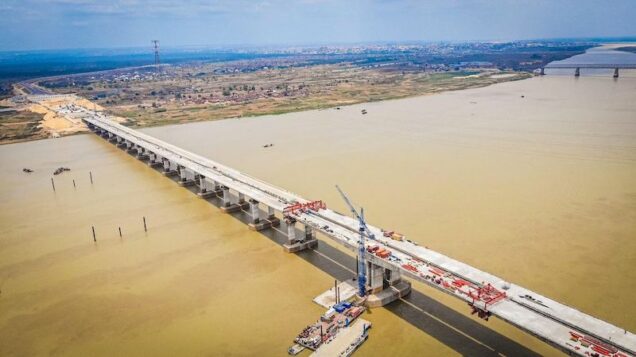 The bridge to be named after President Muhammadu Buhari, was initially scheduled for completion in February 2022.

It will now be completed before the end of the year, Fashola said.

He disclosed this Thursday during the Special Weekly ministerial briefing at the State House in Abuja.

He blamed several factors such as the COVID-19 lockdown, #EndSARS protests, and the sit-at-home orders by the Indigenous People of Biafra for the delay.

According to him, the N206 billion naira project has directly employed 1,486 people, while 8,110 indirect jobs have equally been created.

He said the Lagos Ibadan Express Way will also be completed by the end of the year.

The main Carriageway of Abuja-Kaduna-Zaria-Kano expressway is scheduled for completion by the second quarter of 2023.