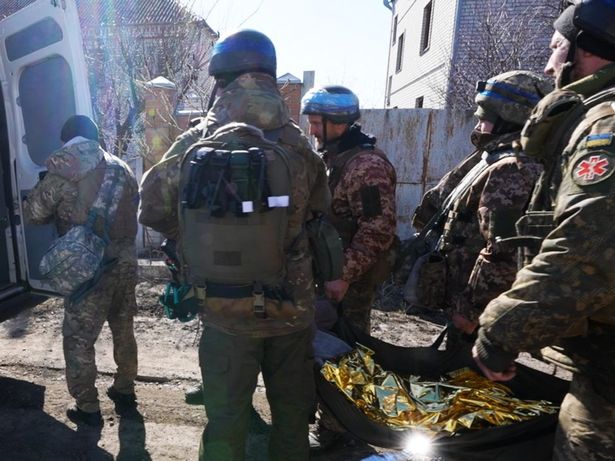 Russian officials finally gave an account of casualties suffered by its troops in Ukraine, three weeks after it first published the figures.

Sergey Rudskoy, a senior Russian military official, said at a press briefing in Moscow on Friday that 1,351 Russian troops were killed and 3,825 wounded.

The figures were much smaller to figures released by Ukraine and NATO, which suggested that up to 15,000 Russian troops may have died.
.
But Rudskoy threw the figure back at Ukraine.

He claimed 14,000 Ukrainian soldiers have been killed and 16,000 wounded since the start of the Russia-Ukraine war.

The Russian armed forces gained air dominance and blocked the cities of Kyiv, Kharkiv, Chernihiv, Sumy and Mykolaiv, as well as Kherson and most of Zaporizhzhia Oblast, Rudskoy, a senior Russian military official, said at a press briefing in Moscow.

The Ukrainian air force and air defense system have been “almost completely destroyed” and the country’s navy ceased to exist, Rudskoy claimed.

All 16 Ukraine’s military airfields, as well as 39 ammunition depots, where 70% of all military equipment were stored were hit, he went on to say.

“The Ukrainian army has no organized reserves left,” he claimed, adding that people and units of territorial defense are being mobilized to fight Russian troops.

According to him, “6,595 mercenaries from 62 states” are fighting for the Ukrainian side.

He warned that “the Russian military will immediately respond appropriately to attempts to close the airspace over Ukraine.”

He said that the Russian military does not target the objects of Ukraine’s civil infrastructure, claiming that 127 bridges, destroyed in the war zone, were blown up by the “Ukrainian nationalists” to deter the offensive.

He said that Russia gets applications from abroad from people who want to fight for the Russian side.

In total, he claimed, over 23,000 foreigners from 37 countries asked about such a possibility.

“In general, the main tasks of the first stage of the operation have been completed. The combat potential of the armed forces of Ukraine has been significantly reduced, which allows us to focus on achieving the main goal-the liberation of Donbass,” Rudskoy said.

“Nationalist formations, such as Azov, Aidar, Right Sector became the striking force of the Kyiv regime,” he added.

Russia began its war Feb. 24. It has been met with international outrage, with the EU, US, and UK, among others, implementing tough financial sanctions on Moscow.