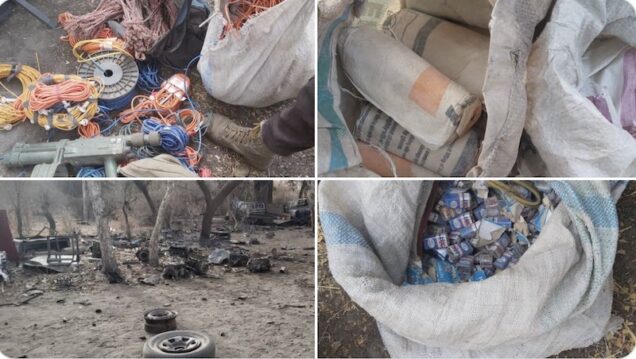 Nigerian troops of Operation Desert Sanity have discovered a workshop for the making of Improvised Explosive Devices (IEDs) in Sambisa Forest, Borno state.

The startling discovery was made today as the troops conducted further exploitation around Ukuba/Camp Zairo in the forest.

Earlier the troops uncovered the wreckage of crashed Alpha Jet aircraft (NAF475) that went off the radar with two crew members on 31 March 2021.

They also destroyed ISWAP/BokoHaram enclaves in the forest, with many terrorists neutralized.

Troops also recovered equipment and weapons from the terrorists.