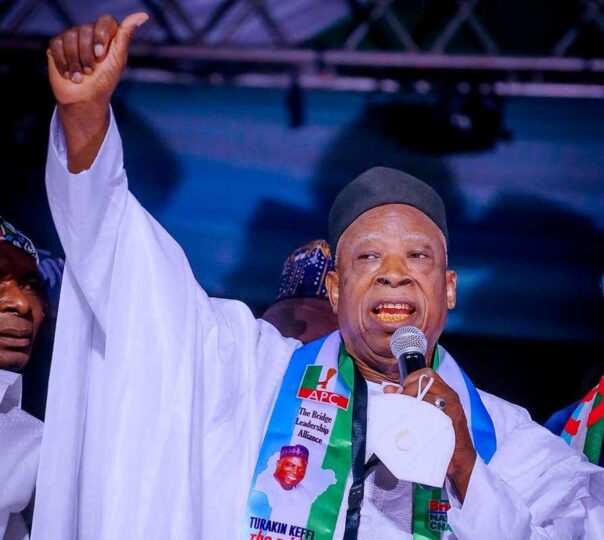 Senator Abdullahi Adamu has been elected the new National Chairman of the All Progressives Congress (APC) at its convention in Abuja.

Adamu was elected unopposed on Saturday at the APC Convention held at the Eagles Square, Abuja.

He was announced the new APC chairman by Governor Abubakar Badaru of Jigawa State after he was endorsed by party members.

Adamu has been the consensus candidate of President Muhammadu Buhari. His election as chairman at the convention was therefore no surprise.

Earlier, six aspirants for the chairmanship of the party stepped down for Adamu to emerge as a consensus candidate.

A letter addressed to the Chairman, APC Election Sub-Committee and signed by one of the aspirants, Sen. George Akume, made available to newsmen on Saturday in Abuja, said they decided to step down for Adamu in respect of the president.

Also, Gov. Abudulahi Sule of Nasarawa State had earlier hinted that President Buhari had appealed that the party should come up with a consensus candidate to ensure a peaceful and rancour-free convention.

Sule, chairman APC Sub-Committee on Media and Publicity for the National Convention, said the decision followed President Buhari’s appeal for a consensus candidate.

He said the party’s leadership might refund money paid by aspirants for the purchase of Expression of Interest and Nomination forms after the emergence of consensus candidate.