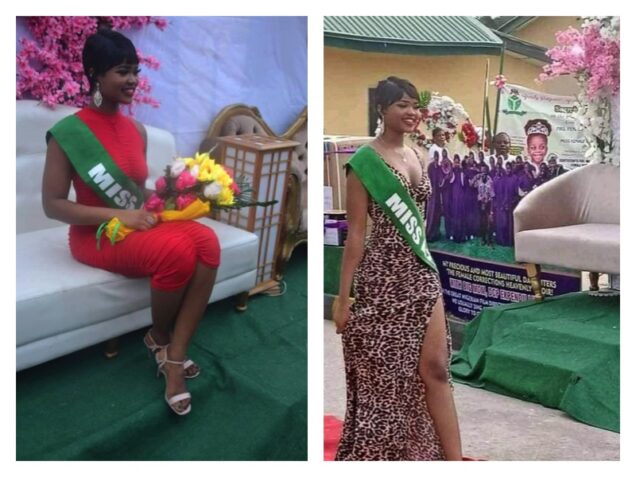 The Nigerian Correctional Service (NCoS) has reacted to misgivings in some quarters about the emergence of a murder suspect, Miss Chidinma Ojukwu as Beauty Queen of Kirikiri Maximum Prison.

The beauty pageant was held by the service earlier in March to mark the 2022 International Women’s Day.

Miss Ojukwu is standing trial as the prime suspect in the murder of Super TV Chief Executive Officer, Usifo Ataga in 2021.

NCoS Public Relations Officer, Mr Francis Enoboreis said the organisation is sensitive to the plight of victims of crime and their families and will not indulge in any activity to assault or undermine their sensibilities.

Enobore stated that the NCoS identified with the Atagas in their moment of grief and would do everything within its power to assist the course of justice in unveiling those behind Ataga’s murder.

“The intendment of the pageant was not to glamourise or make heroes out of criminality”, he stated.

He added that the pageant in question was one out of a series of events at the ceremony that featured competition in dancing, singing, bead making and costume design among others.

“Aside from creating a relaxed atmosphere for inmates, the prizes do not bestow any right or privilege on any of the contestants.

“Moreover, the event was for internal consumption within the custodial environment and never meant to be given wide publicity,’’ Enobore stated.

He stated also that prizes were won by other inmates equally facing charges for heinous crimes.

Enobore added that the Service believed that controlled social engagements did not interfere with the trial of cases in court as activities within custodial centres had no bearing with the evidence needed for cases to be tried.

“For the records, psychosocial engagements have traditionally been part of the Service’s inmates treatment regimens designed to provide emotional stability needed to promote the total well-being of inmates and enhance safe custody,’’ he stated.

He recalled that several internationally-recognised artistes like Sam Okposu, Onyeka Onwenu, Alabi Pasuma, Denrele, Lamboginny, among others, staged lavish concerts at the Kirikiri and Ikoyi male custodial centres in the past to fete inmates.

“In the year 2000 to be specific, a TV station covered a musical concert for male inmates at the Ikoyi Custodial Centre.

“At the concert, Dr Sola Fosudo, Head, Department of Art & Music, Lagos State University, praised the performance of inmates and commended NCoS personnel for their effort.

“These events, beyond the venial of entertaining criminals and suspects, provide avenues for generating actionable intelligence to address some knotty issues under investigation.

“The intelligence community has severally benefitted from this service,’’ Enobore stated.

He also addressed the issue of alleged squalor in male custodial centres and stated that females account for less than 1.5 per cent of the total national population of about 70,000 inmates of custodial centres.

“Therefore, overcrowding and the attendant chaos are exclusively found in male custodial centres due to pressure on infrastructure,’’ Enobore stated.